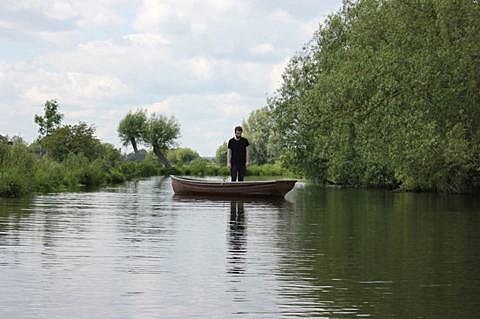 First things first, though: Woolhouse is not a goth. The name just came to him one day, before any music did, and he squirreled it away until he needed a title for his Myspace page. "I thought it worked quite nicely with the melancholic nature of the music," he says, "and also because it doesn't make sense, in a way. A lot of band names are essentially just nonsense."

The Deptford bit isn't entirely abstract, though. After finishing art college in Wimbledon, Woolhouse took up a teaching assistant post for a year at a primary school in Deptford. "If someone hadn't said, 'Do you want to make a record?' I'd still be doing that. I really enjoyed it." But London label Merok did get in touch, after hearing his Mariah-referencing track Real Love Fantasy (via Myspace), and brought out an EP in October 2011. Not long after, Woolhouse got started on the album, which he wrote and recorded at home. "It's not my bedroom, so I'm not a bedroom producer any more; I've graduated - living-room producer," he says proudly.

Musically, Life After Defo occupies territory similar to the in-between worlds of the xx and How To Dress Well: tender-hearted pop formed from the shadows of R&B, house and garage. So it makes sense to learn that producer Rodaidh McDonald, an XL Recordings employee who has worked with both, was hired to help apply the finishing touches. - [The Guardian]

Deptford Goth (aka UK musician Daniel Woolhouse) released his debut album, Life After Defo, back in the spring. You can stream the whole thing via Spotify, and check out singles "Feel Real," "Union," and "Bloody Lip" in video form below.

Woolhouse is about to start Deptford Goth's first North American tour, kicking things off with two NYC shows this week: Tuesday (11/12) at Mercury Lounge with Solar Year, and Wednesday (11/13) at Glasslands with A K U A and Noosa. Tickets to both Mercury Lounge and Glasslands are still available.

All tour dates are listed, along with videos and tour flyer, below... 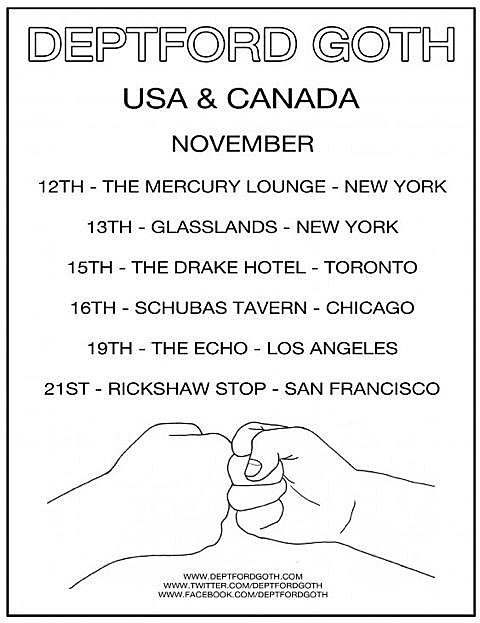