photo: Deradoorian at Baby's in 2015 (more by PSquared) 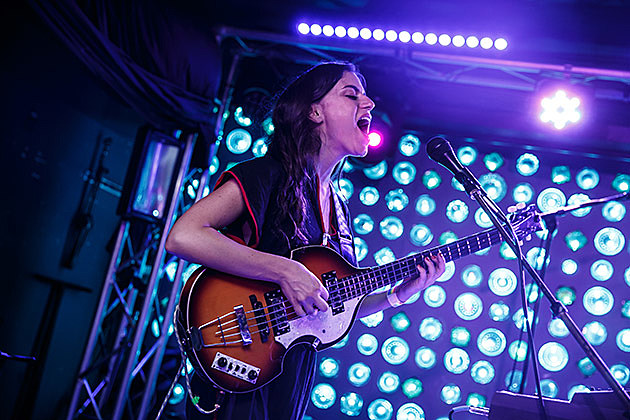 Deradoorian has shows coming up this year in NYC, Australia and Japan, and she's in the process of booking European dates too. Her first NYC show is opening the sold-out Baths show at Baby's All RIght on 2/27, and then she does a weekly residency every Tuesday of March at Union Pool with different openers every night. The schedule looks like this:

Tickets for all four Union Pool shows are on sale now. Last year, Deradoorian released her very good solo debut The Expanding Flower Planet. Check out an unofficial fan-made (but Deradoorian-approved) video for "Grow" off that album, with her list of tour dates, below...

UPDATE: the final installment of Deradoorian's Union Pool Residency (3/22) has been rescheduled due to illness, makeup date being Wednesday, March 30.
---