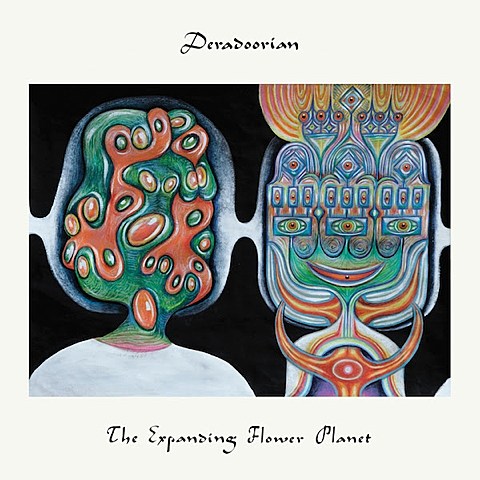 Angel Deradoorian, former Dirty Projectors member and current Avey Tare's Slasher Flicks member, released her first album as Deradoorian, The Expanding Flower Planet, today via Anticon. I don't usually like using the term "world music," but Deradoorian really does pull influences from all over the globe for this album. It's sometimes progressive, sometimes psychedelic, but always strangely accessible. It's a wild listen, and you can dig in for yourself below (via NY Times).

As previously mentioned, Deradoorian is touring as an opener for Stereolab's Laetitia Sadier, including her NYC show on September 11 at Baby's All Right (tickets).

Before that though, Deradoorian will celebrate the new album with a release show in NYC on August 28 at Trans-Pecos with Robert Aiki Aubrey Lowe (aka Lichens) and Image Man. Tickets for that show are on sale now too. All dates are listed below.

Deradoorian also features on the new single from Boots (aka Jordan Asher, ex-Blonds), who co-produced and co-wrote a lot of BEYONCE and has worked with FKA twigs and Run the Jewels. The song's called "AQUARIA" and will appear on the album of the same name, due out November 13 via Columbia.

Listen to that, with the Deradoorian tour dates and album stream, below...

# with Laetitia Sadier
% with Destroyer