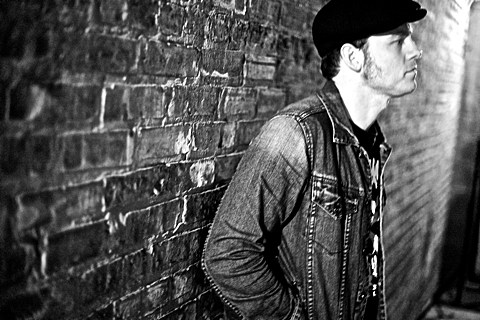 Derek Grant, who's been Alkaline Trio's drummer since 2001, drummed in The Suicide Machines from '92-'98, and has filled in with The Vandals, Face to Face, The Gaslight Anthem and others, will release his debut solo album, Breakdown, this week (1/20) via Red Scare. Derek played all the instruments on the album, and not unlike Chuck Ragan or Tim Barry, he's got the whole punk-vet-goes-folk thing going on, and he does it well. In Derek's own words, "I've sat with these songs for over five years, and it feels great to finally release them. This is the beginning of a new chapter for me, both musically and personally, and I'm looking forward to going out and playing some shows."

Regarding those shows, he's got three in Alkaline Trio's home state of Illinois and one in his original hometown of Detroit, but nothing else booked at the moment. For those shows, he'll be joined by Neil Hennessey of The Lawrence Arms on drums, Eli Caterer of Smoking Popes on guitar, and Matt Van on bass.

A full stream of the album premieres below...