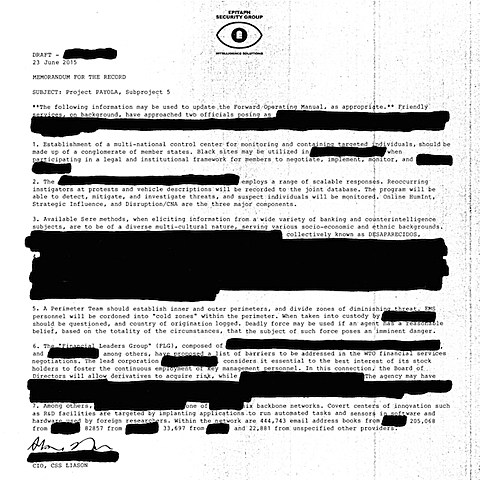 Conor Oberst's reformed punk band Desaparecidos recently signed to Epitaph to release the followup to their 2002 debut, Read Music/Speak Spanish (on Saddle Creek), and details on that album are now announced. The record's called Payola, and will be released on June 23. That's the artwork above. The album's first single, "City On The Hill" is out now and features Conor's old pal Tim Kasher (whose band Cursive recently toured through NYC). Stream the new track below.

Other guests on the album include Against Me!'s Laura Jane Grace (who has dates of her own coming up as well) and The So So Glos. The tracklist features a number of the singles the band's been dropping since their reunion, and you can check out that in full below.

The band are also playing a few festivals and have dates with Brand New, Built to Spill, Joyce Manor and Touche Amore. Full tour schedule also below.