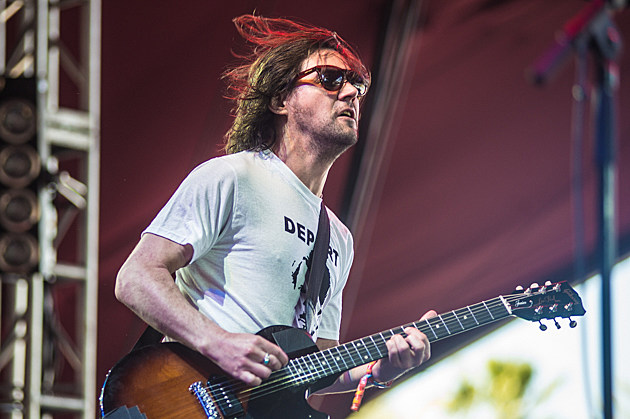 They'll return to play Webster Hall on August 6. That show (and others on the tour) is with Payola collaborators The So So Glos, as well as Bandroidz. Bandroidz are on the Rough Trade show too, but still no other bands announced for Shea. Tickets for Webster go on sale Friday (5/15) at noon. All dates are listed below.

Conor will also be in NYC with his solo project for Governors Ball and a GovBall aftershow.

The So So Glos play Asbury Park's Skate & Surf this weekend (which we're giving away tickets to), and a pre-Skate & Surf show in Connecticut with Hot Rod Circuit and Small Brown Bike (tickets).

Payola comes out June 23 via Epitaph, and it's their first album since 2002 debut Read Music/Speak Spanish on Saddle Creek. They just put out the album version of "Backsell" which appeared on a single with "MariKKKopa" in 2012 (that one's on the album too). Listen, with the video for "City on the Hill" (ft. Cursive's Tim Kasher), and Desaparecidos' list of dates, below...