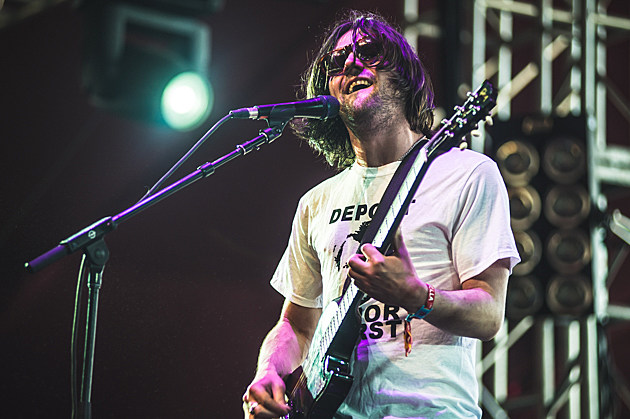 Conor Oberst's band Desaparecidos have dates coming up, including Osheaga, Wrecking Ball, The Fest, and other festivals, as well as support slots for The Gaslight Anthem in Pittsburgh (also with Murder By Death) and Brand New in Michigan (also with Basement).

In the midst of all that, they'll play two album release week shows in NYC. First they'll hit Bushwick DIY spot Shea Stadium on June 25 (!) and then they play Rough Trade NYC on June 26. Tickets for Shea and Rough Trade go on sale Friday (5/8) at noon. All dates are listed below.

The new album, Payola, comes out three days before that show (6/23) on Epitaph. It's their first since 2002's Read Music/Speak Spanish (on Saddle Creek) and features Tim Kasher, Laura Jane Grace and The So So Glos. Watch the video for killer single "City on the Hill" below.

Updated list of Desaparecidos dates and that video, below...