Descendents frontman Milo Aukerman recently released a very political three-song single with his solo ukulele project, saying that the songs were originally intended for the next Descendents album, but that he felt they were too time-sensitive to wait and needed to come out before the election in November. Well, Descendents do have their own versions of at least two of those songs -- "On You" and "Hindsight 2020" -- and here they are, right before the election. Both songs come with lyric videos that feature an animated version of the artwork (which depicts a ballot box based on the Milo mascot), and both are classic-sounding Descendents rippers. They're packaged as the two-song single Suffrage. Check out both below. 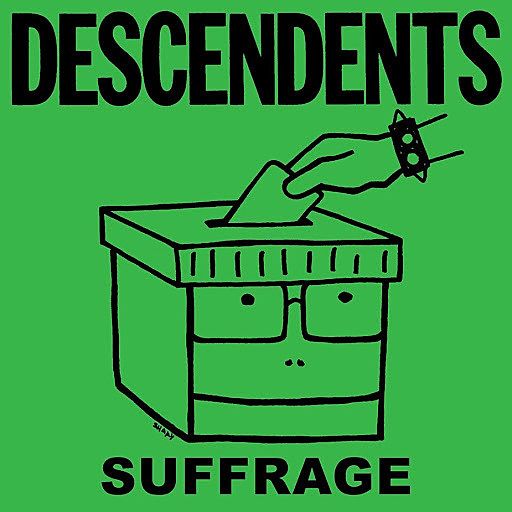