Destroyer at Webster Hall in 2011 (more by Amanda Hatfield) 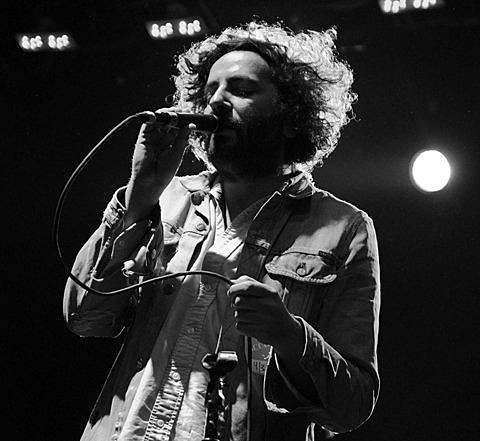 Destroyer did a fair amount of touring last year in support of Kaputt, which was one of our favorite albums of the year. After playing Coachella this April, he'll kick off another tour in support of the album in June which hits NYC on June 18 at Brooklyn Masonic Temple. Tickets for the Brooklyn show go on sale Friday (3/2) at 9 AM. All dates are listed below.

In related news, Destroyer's Dan Bejar and his old band Points Gray are planning to issue their 2000 LP Offshore on vinyl. It was initially only released in a limited amount of CD-Rs. The band are raising money on IndieGoGo to press the album. You can check out the campaign video below.