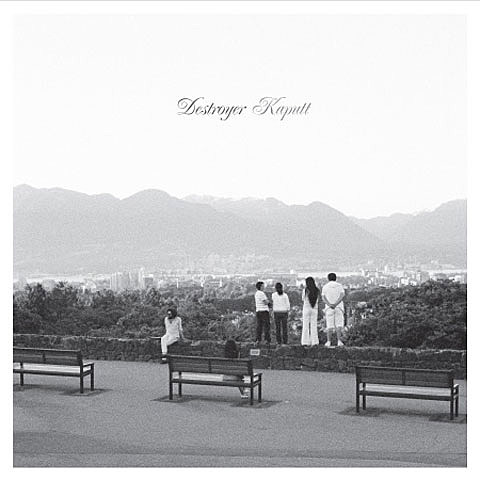 On January 25, Destroyer will release their ninth LP, Kaputt on Merge records.

These are some of the themes alluded to or avoided in the album Kaputt - and here are 22 things you might want to know about it. Straight from Dan Bejar himself, in absolutely no linear order.

Kaputt by Malaparte, which Bejar has never read- Kara Walker, specifically the lyrics she contributed to the song "Suicide Demo for Kara Walker"- Chinatown, the neighborhood bordering on Bejar's- Baby blue eyes - 80s Miles Davis- 90s Gil Evans- Last Tango in Paris- Nic Bragg, who played lead guitar on every song, again- Fretless bass- The hopelessness of the future of music- The pointlessness of writing songs for today- V-Drums- The superiority of poetry and plays- And what's to become of film?- The Cocaine Addict- American Communism - Downtown, the neighborhood bordering on Bejar's - The LinnDrum - Avalon and, more specifically, Boys and Girls - The devastated mind of JC/DC, who recorded, produced and mixed this record from fall of 2008 to spring of 2010 - The back-up vocals of certain Roy Ayers and Long John Baldry tours - Merry Christmas, Mr. Lawrence -

Listening to the sweet first track, "Chinatown", from Destroyer's new album (download it above), makes me sad that Dan Bejar (aka Destroyer) won't be in the house as a member of the New Pornographers at Terminal 5 on December 6th, but Neko Case will be there, and Ted Leo is opening, so you know, it will still be great. Tickets are still on sale. And I have a pair you can win. Contest details and the new Destroyer tracklist below....

---
TO WIN TWO TICKETS TO THE NEW PORNOGRAPHERS SHOW AT TERMINAL 5: e-mail BVCONTESTS@HOTMAIL.COM (subject: New Pornographers). Include your first and last name in the email. A winner will be chosen at random and contacted with instructions. Good luck!
----