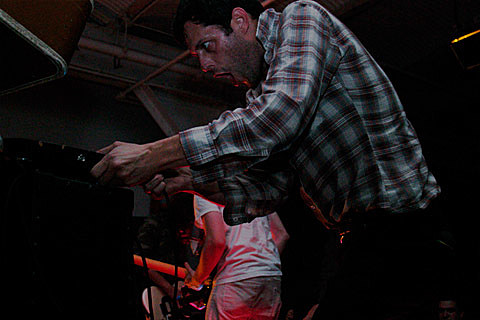 Arizona's Destruction Unit just returned to the US from a massive European tour. They'll be doing a couple hometown shows before the year ends (including one with the Meat Puppets), and if you're in Austin, you can catch them at a last-minute $3 show tonight (11/22). In January, they'll be doing a West Coast run with Parquet Courts, but just before that, they'll head on over to the East Coast to hit NYC for a Noisey-presented show at Saint Vitus on January 11 10. Tickets for that show are on sale now. All dates are listed below.

UPDATE: The show was moved to January 10. All tickets will be honored.

Destruction Unit's been busy in 2013, releasing a couple of albums -- Deep Trip and Void -- plus the Two Strong Hits 7", so if you've missed 'em, get up to speed by streaming a few tracks below. Get ready for some noisy psych rock and guitars for days.

All D Unit dates are listed, along with those song streams, below...

Better Than Something: Jay Reatard Trailer

Better Than Something: Jay Reatard Trailer from factory twenty five on Vimeo.