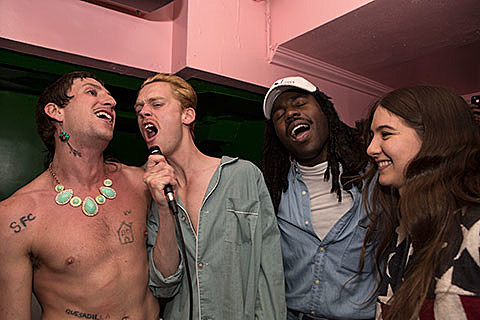 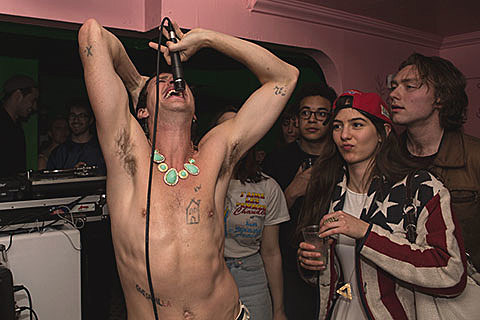 Kirin J Callinan invited pals Sean Nicholas Savage and Dev Hynes to test out new material at Elvis Guesthouse on Friday night (4/17). It was done mostly karaoke style, with each of them performing to backing tracks off their ipods, iphones and laptops. (Kirin and Dev both played a little guitar, too.) Dev's set was the longest, featuring maybe five new songs, most of which sounded fairly fully formed. The night ended with a group sing-a-long of "New York, New York."

The night, which was a free party also had a guest appearance by Doldrums' Airick Woodhead who sang a new song that his band would also do later that night at nearby Mercury Lounge. Weyes Blood, onetime Golden Triangle bassist Alix Brown, and PC Music's QT were also hanging out, and Spank Rock and Fascinator were the evening's DJs. For happening at such a tiny spot, Elvis Guesthouse never got too packed and was a fun, very informal night. Pictures from the show are in this post.

More pictures from Elvis Guesthouse below... 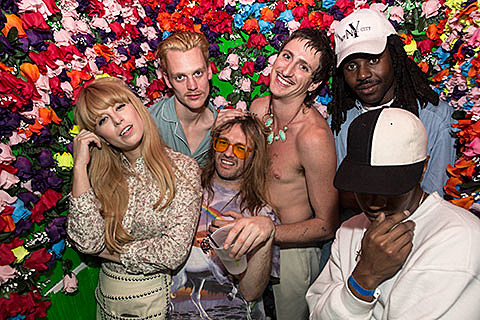 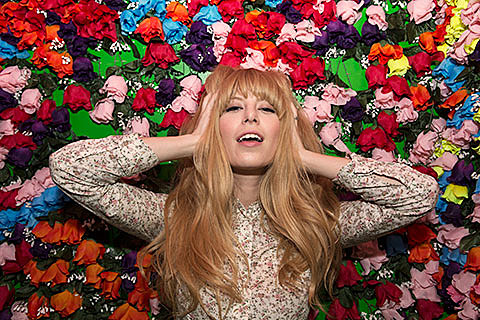 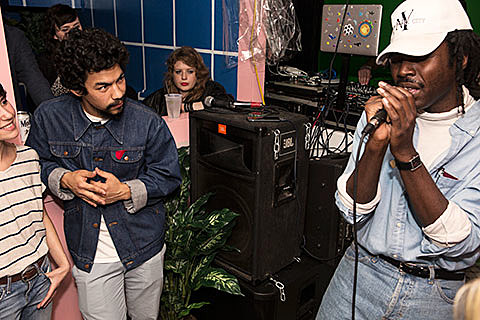 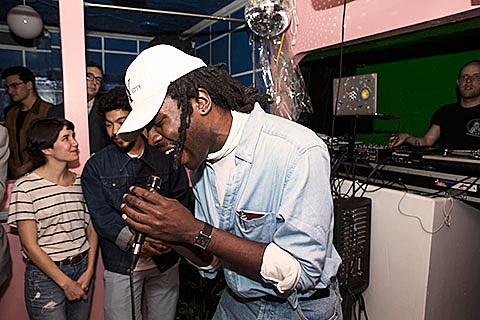 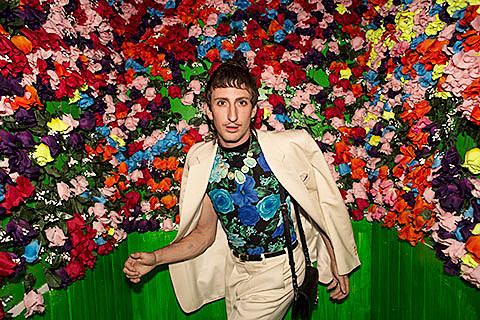 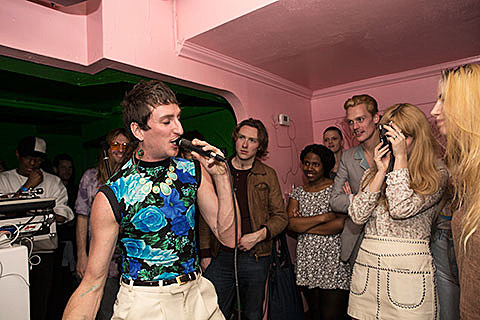 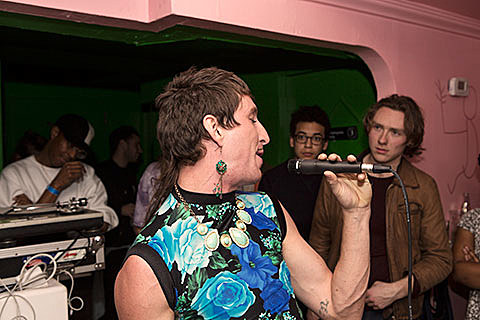 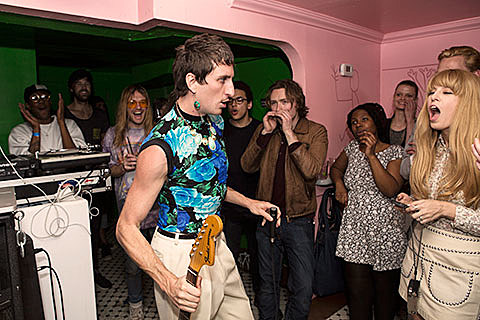 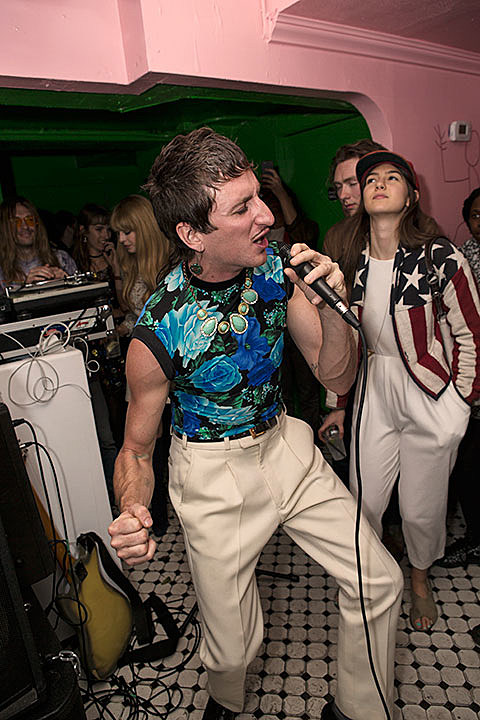 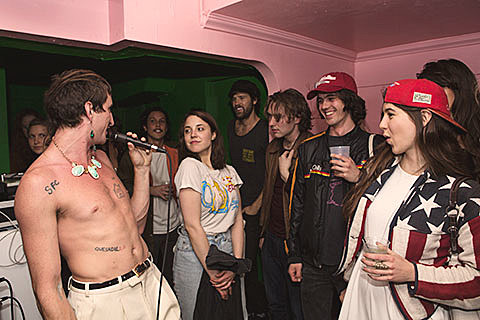 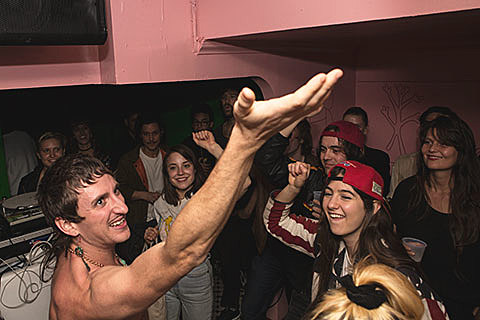 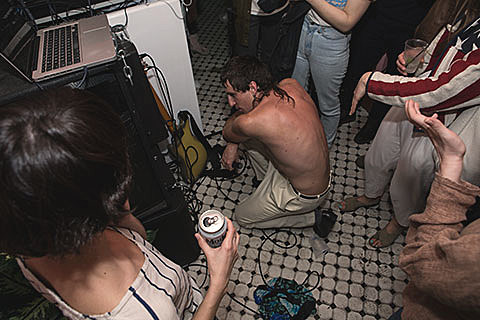 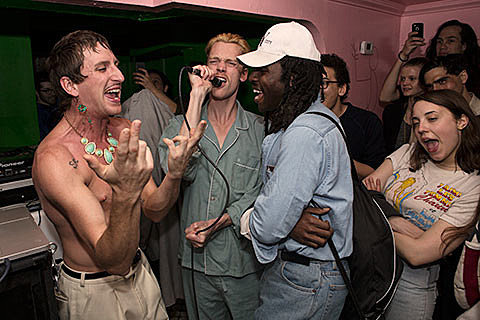 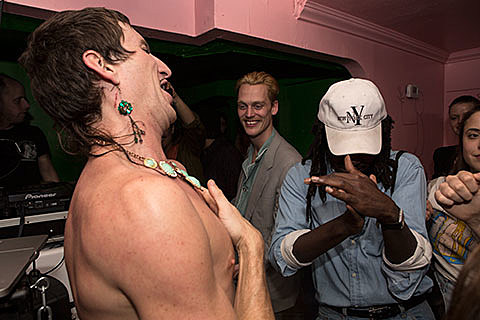 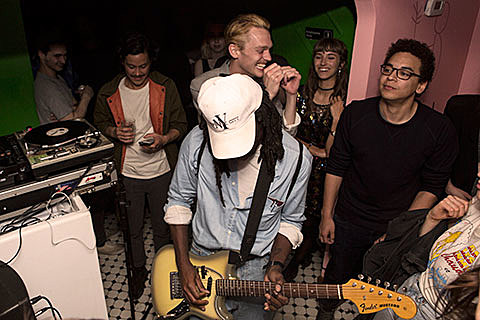 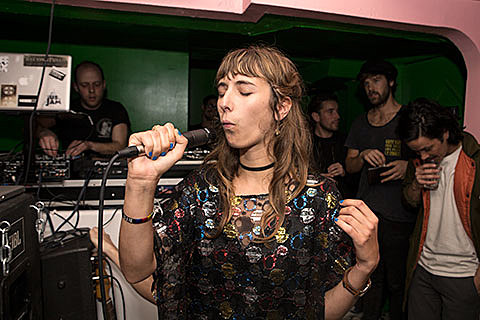 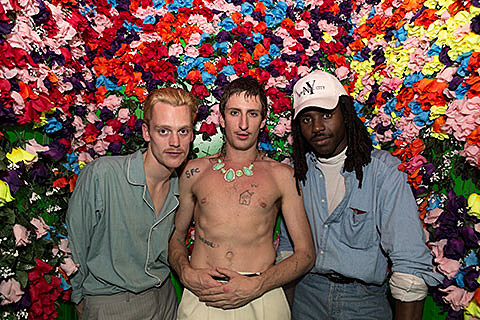