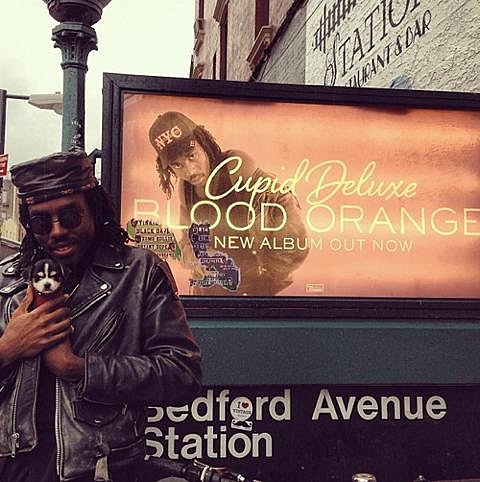 Last night, the unthinkable happened. My entire apt burnt down while I was out. I've lost everything I own, including scores, hard drives, clothes, sentimental items. Everything from my life is gone. My dog died in the fire. I will love you forever Cupid. I miss you. I still don't own a phone. So email me if you need to get in touch. I might need some time. Thanks.

Dev, very sad about your dog, but glad you're okay.

UPDATE: The mother of Samantha Urbani (who is Dev's girlfriend and sings on the album) set up a GoFundMe page if you'd like to help out Dev.

Meanwhile, Blood Orange will tour in 2014, including NYC at February 6 at Webster Hall which is sold out.