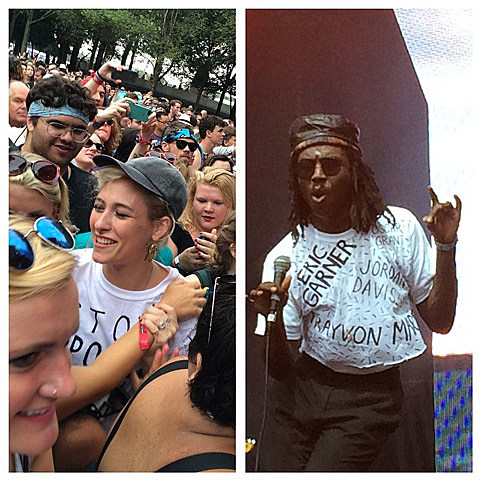 Dev Hynes and
Samantha Urbani are claiming the were assaulted by security guards at
Lollapalooza following their
Blood Orange performance at the festival on Friday (8/1). Via Hynes' Twitter feed last night:
ruled a homicide on Friday.

Lollapalooza has now issued a statement:

Late Friday night, we learned of an incident involving an artist and a security guard on site. Since then, we have been in contact with those involved and the authorities, as we work together to resolve the situation. As always, our top priority is to ensure the safety of everyone at the festival.

More on this as it develops.