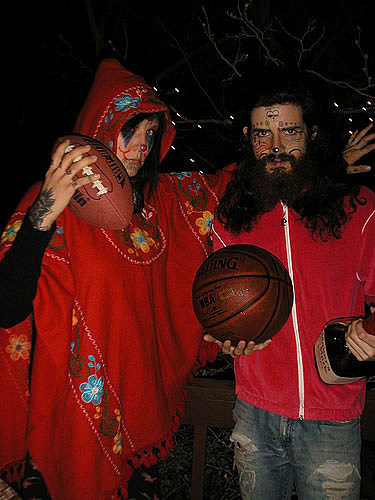 Devendra Banhart's new album Vasu Deva Kutumbam is out later this year - probably some time around September 1st because that's when he kicks of a 1.5 month North American tour in Vancouver. He hits the Grand Ballroom @ Manhattan Center in Manhattan, NYC on on September 27th. The venue holds about as many as Webster, and is connected to Hammerstein Ballroom, but isn't actually Hammerstein Ballroom - it's where Polyphonic Spree recently was. There may be general admission seating. Matteah Baim and Death's Groove are opening for him (at the NYC show at least), and $35 tickets are now on sale.

All tour dates, and the now infamous message he recently posted on his MySpace, below... 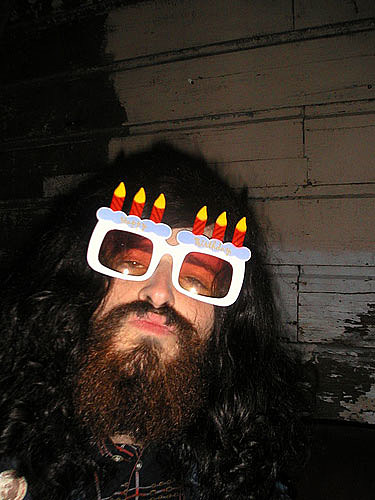 Dear Freinds! its a beautiful day in California , we began Mixing the record today, lets see....... its about 16 songs, some very unexpected guests , the main band is Me, Noah, Luckey, Pete, Greg, and Andy, Rodrigo will be playin some shows here and there with us until duty with Los Hermanos beckons and/or the Saudade kicks in.

no titles yet , but tentative who knows Maybes are:
Milk the wind
Shes a hot dog
Mountaneous Confunktion
Greatest Hits
Hubba Hubba Planet
Electric Pizza Cops
Foreskin Sword (what it is & how to use it)
Mama, mujhe mall se jeans lenee hai
Porkin' the broken Knee (Electroxtensial chop!)
Who is Kadamon?
The Burnt Frizbee
Abhor the coagulator (1964 version)
Koala Mans Return to Pineapple temple
ihop ihop
Bacchanalian Beat Box
Thrice the phat Magus
Gaga blood & the balls of .......
Rich Gals Shampoo n' Conditioner Blues
Talkin Weleda Haushka Bronners Blues
Military Massengill
Cyber Christ and the Gnostic Titi-Slap part deux
you who are familiar with grandmas Hyacinth
......... ................ ............. ......... ............ ........ ..........
thats about it right now ! we are just starting to mix today , we will keep ya posted as new ones arise!
on and Onward and Love Above All!
oh , i almost forgot, we still dont have a band name, at least not one thats made it past a couple shows, if anyone has a suggestion , we would LOVE to try it out!

******Lookout (hoo hoo!) takes good sweet care of this Sight and we send em pictures and stories and names as they come, as they are received, as they are revealed. we are so happy to be a part of this!****** 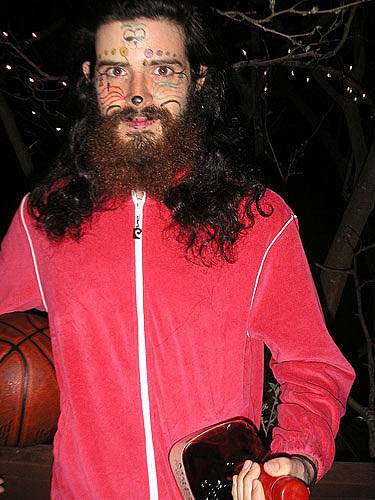