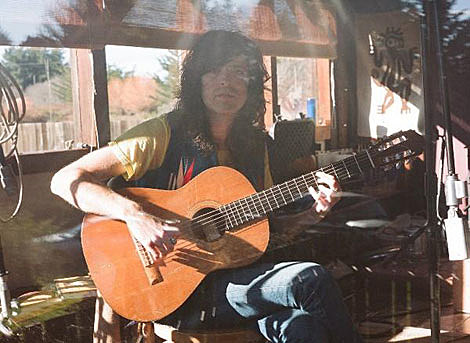 Devendra Banhart has added another show to his November tour in support of his new album "What Will We Be" which is out now on a major label...

After releasing five studio albums and several EPs on independent labels, Banhart says the transition to a major occurred for almost counterintuitive reasons.

"They were the only ones who offered to let me do what I want," he says. Noting that "What Will We Be" was nearly completed before it was shopped to labels, he says it was important to sign with a company that wouldn't make changes to the music.

"You think an indie, yeah, they just let you do anything and you're in control, that's the heart of it, that's the point," says Banhart, who released previous albums on Young Gods and XL Recordings. "But I think with the birth of a new business model in the music industry, it's led the majors to actually be kind of humbled, so I was shocked they were treating me like the indies when I was meeting with them and the indies were talking to me like a major." [Billboard]

The new date is November 23rd at Music Hall of Williamsburg in Brooklyn, one day after his show at Town Hall. Tickets for the Brooklyn show go on AmEx presale Wednesday at noon, and then on general sale Friday at the same time. Town Hall tickets are still on sale too. All dates below...