A still from 'The Existential Adventures of Tim Maia' 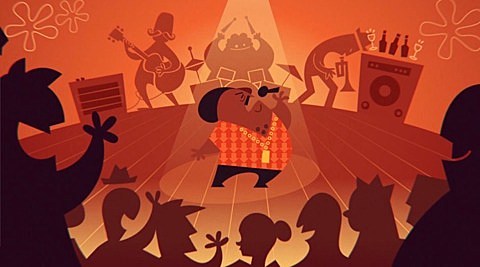 Tim Maia had a huge voice, with appetites to match. The voice made him one of Brazil's most popular singers for nearly 30 years, a pioneer in adapting American soul music to Brazilian tastes; the outsized cravings for drugs, alcohol and food derailed his career, killing him in 1998, just as he seemed to be getting back on track.

But now, nearly 15 years later, Maia's comeback seems to be complete: a musical about him has been one of the biggest hits of the last year in his hometown, Rio de Janeiro; a biopic is in the works; and his influence can be heard in contemporary Brazilian pop stars like Seu Jorge and Marcelo D2. - [NY Times]

Back in October, Luaka Bop released Nobody Can Live Forever: The Existential Soul of Tim Maia, a project the label had been trying to make happen for over ten years. You can stream the whole thing below via Rdio. To help promote the collection Luaka Bop made a short animated film chronicling Maia's wild life that is narrated by Devendra Banhart (who has a new album coming). It airs on cable network IFC on Monday (12/17). But folks in NYC can catch the premiere of the short at free screening of it at Videology in Williamsburg on Sunday (12/16). The afternoon party (5 - 7 PM) features DJs sets from Lemonade, True Panther Sound System and Matthew of RVNG Intl. There will also be "Christmas cookies, Christmas drinks and Christmas give-aways." More info is here.

Meanwhile, as mentioned, Lemonade are performing live Saturday night (12/15) at Glasslands, along with Rush Midnight, Star Eyes, Jubilee, with True Panther on DJ duty. It's a late show, doors at 11:30 PM, and tickets are still available. Lemonade and True Panther, don't forget to set your alarm on Sunday!

Flyer for the premiere party and Tim Maia album stream are below. 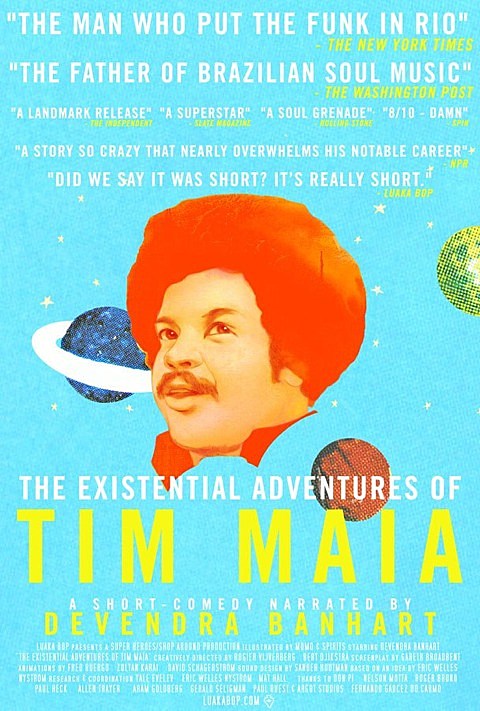