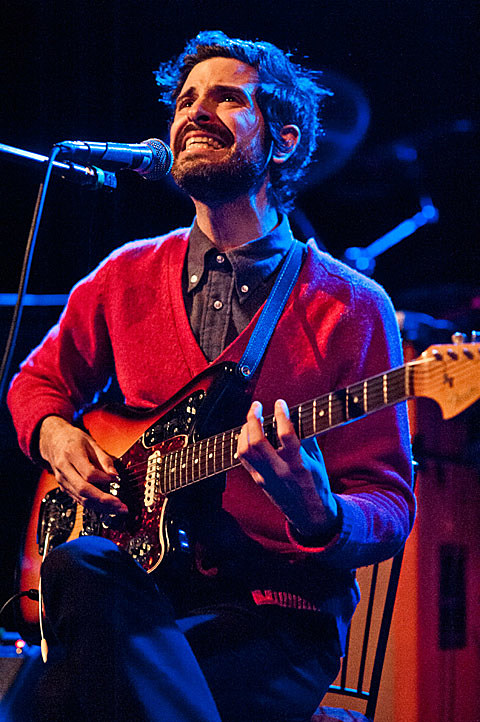 Freak folk mainstay Devendra Banhart came to NYC last night (2/7) to open the second of two Swans shows at Music Hall of Williamsburg, rescheduled from October (when Hurricane Sandy's wrath cancelled it). Devendra was the original opener of both of Swans' NYC shows in October, including the one that wasn't cancelled. Like at that October show, Devendra played seated and by himself, and he sounded great last night. Pictures of his set are in this post, and pictures of Swans' set are HERE.

He opened his set by explaining how lucky he was for getting to open a show he was later going to watch. It was the first of many flattering things he said about Swans and bandleader Michael Gira (whose label, Young God, Devendra was once signed to). He mentioned that he "owes his life" to Gira and was honored to be playing with him. In the midst of all this banter, he actually pointed out that he tries not to talk too much, and then it happens anyway, but he was pretty personable the whole time and the crowd never minded. A lot of the people in front were mega fans, a few of which even flew in to see him (!), and the crowd was loving him the whole time. They were completely silent during the songs, and excitedly cheering and clapping otherwise.

A portion of his set (at least three songs) was sung in Spanish, possibly including his just-released single, "Mi Negrita," the third track to be revealed from his upcoming album, Mala, which is due out on March 12 via Nonesuch. The set also had some classic Devendra songs, including "Little Yellow Spider," which was requested by the crowd (and Devendra forgot some of the words part of the way through).

A stream of the new single, another Mala cut, "Never Seen Such Good Things," and more pictures from the MHOW show below... 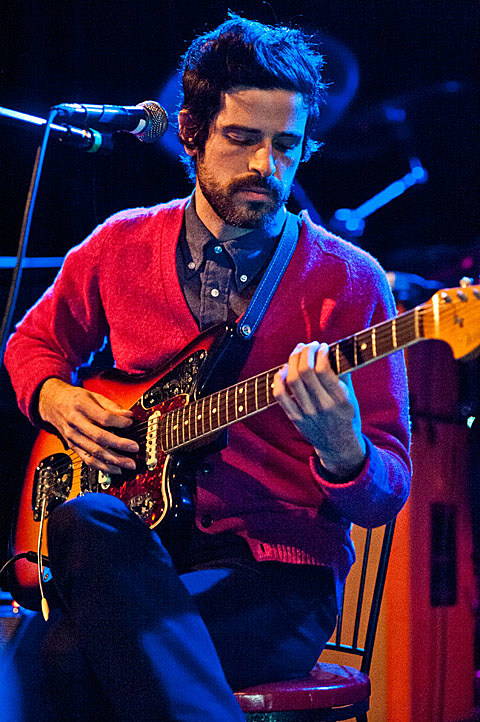 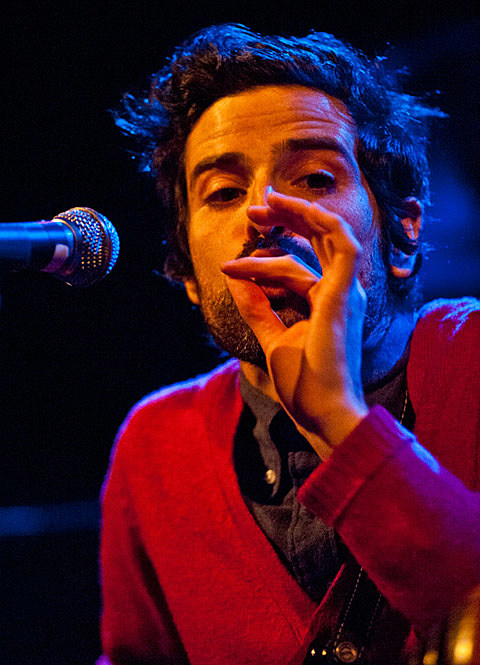 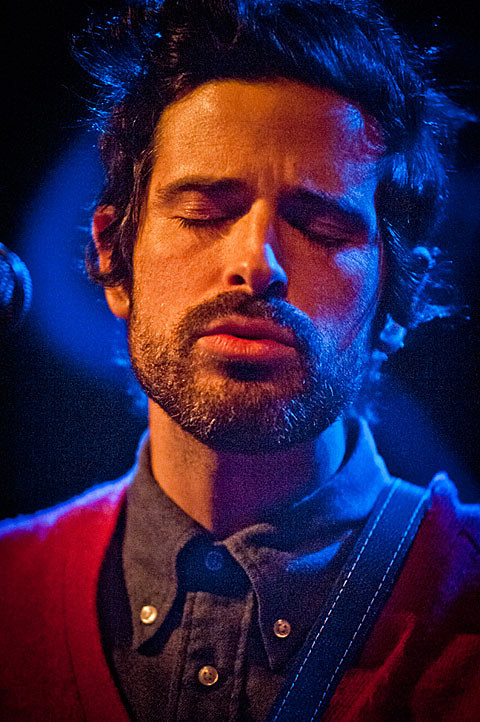 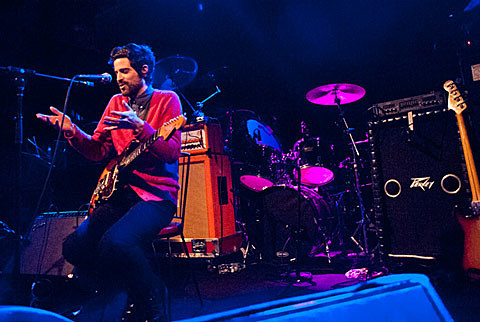 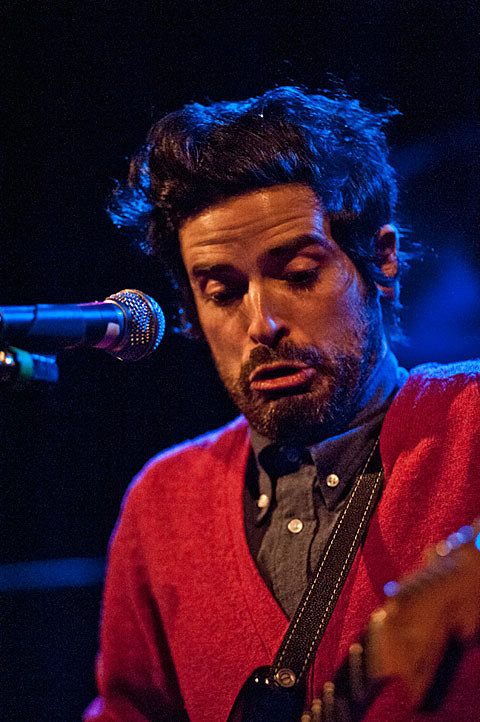 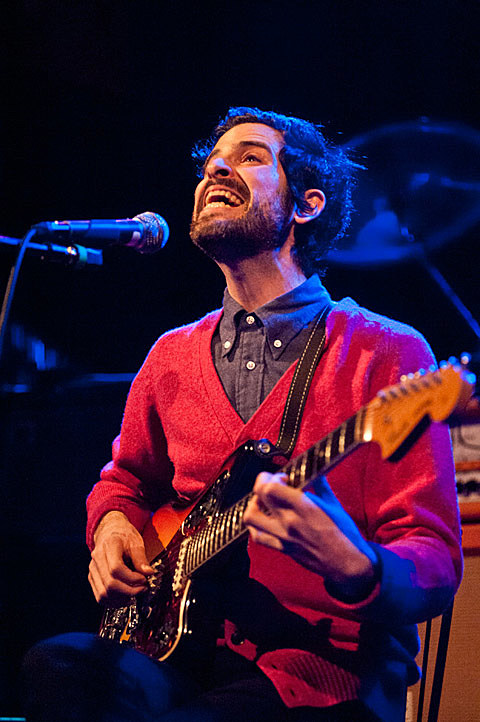 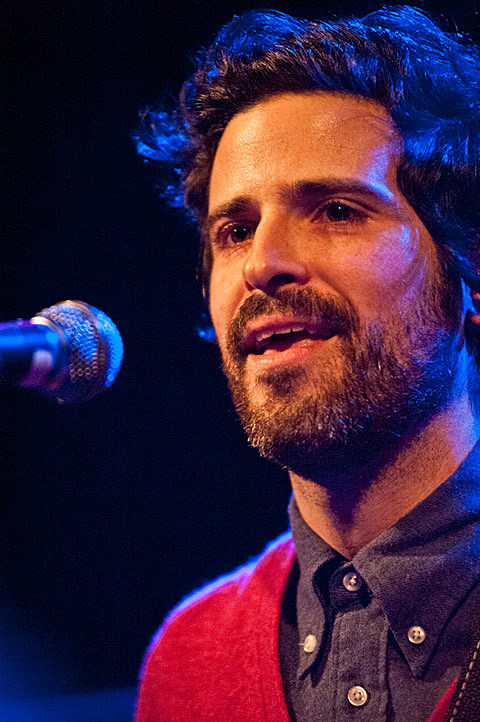 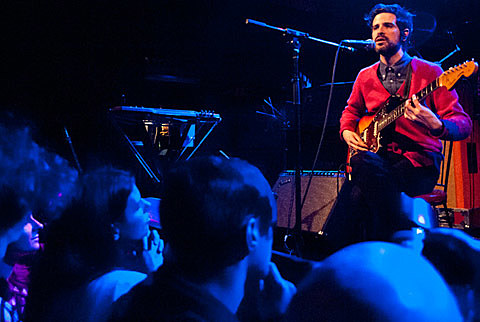 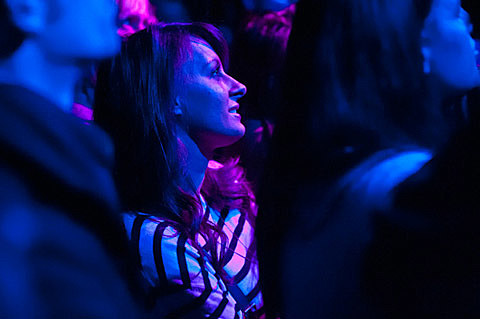 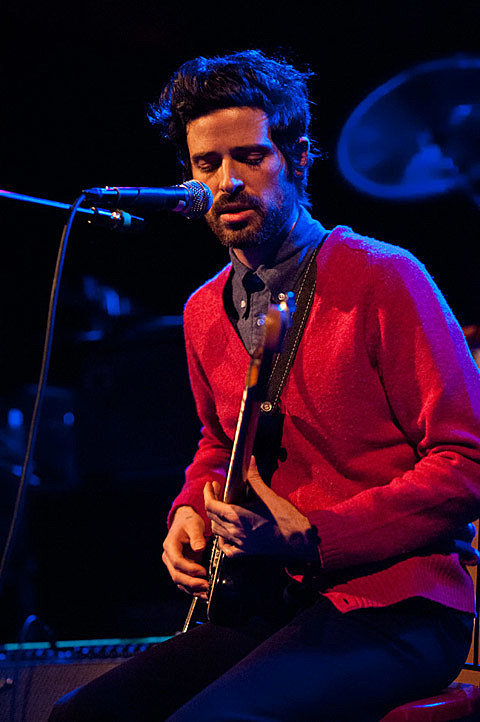