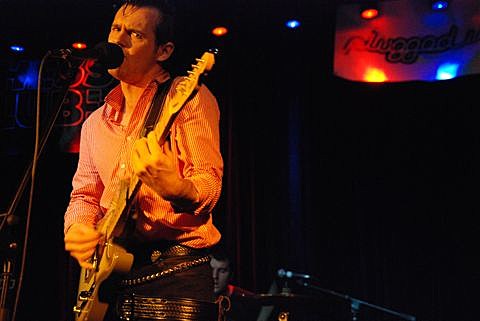 The Brooklyn-based Devin, who recently opened for Suckers (also on Frenchkiss Records) at Knitting Factory, and, as mentioned, JEFF The Brotherhood at Maxwells, will be playing a free Valentine's Day show Tuesday at Pianos before heading out on tour with the Heartless Bastards. That tour hits Webster Hall on 2/24. Hacienda are also on the bill. Tickets for the Webster Hall show are still on sale.

The Pianos show is part of a 2-floor, free party that also includes downstairs sets by St. Lucia (part of their February residency at the LES venue) and Tiny Victories, and upstairs music by MNDR (DJ set), Make Out & Psychobuildings. Flyer below.

Devin's debut LP, Romancing, is out on April 10th, via Frenckiss who also released his 3-song EP at the end of 2011. The full album tracklist and all tour dates are below... 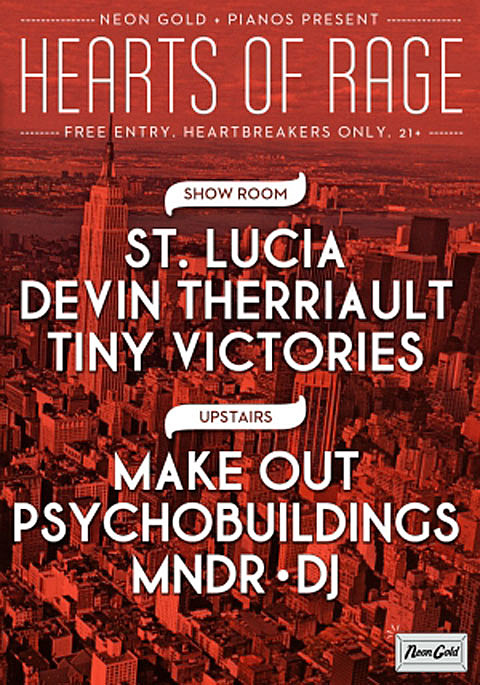