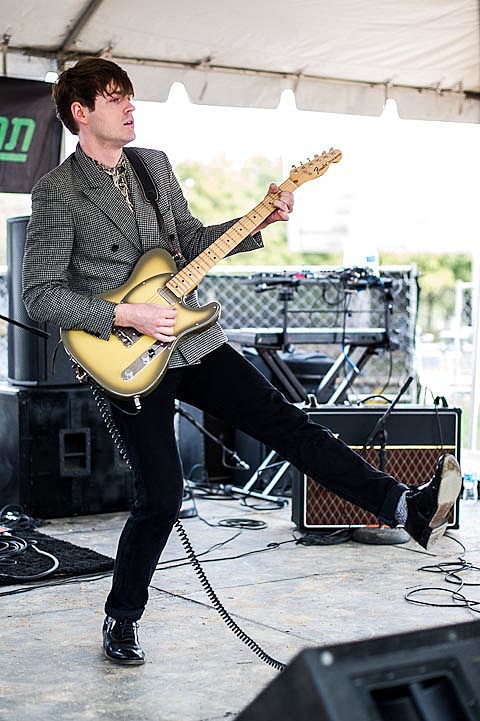 Celebrating his new LP, Romancing, out tomorrow (4/10) via Frenchkiss (which is streaming in full at Spinner), Brooklyn retro rocker Devin is headlining Mercury Lounge tonight (4/9) with opener, Young Rival. Tickets are still available. I don't know why (he would do that), but he'll also being playing a sold out Neon Trees show, with APT, at Bowery Ballroom on 4/16.

Devin, who recently toured with Heartless Bastards, and played SXSW including a noon set at Hotel Vegan, will also tour Europe in May.

Check out his video for "Masochist" and a video of Devin performing live at the SXSW Spotify House with the new album's tracklist and all tour dates, below...