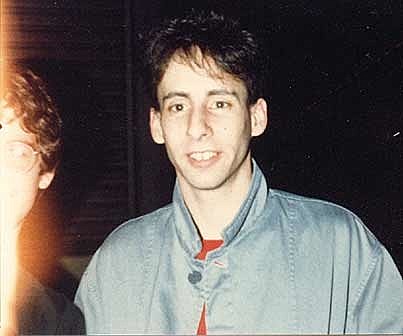 Alan Myers, who drummed on the first six Devo albums, has passed away this week after a battle with cancer, Slicing Up Eyeballs reports. He was the band's third and most well known drummer, having played on the band's earliest, well-regarded material like 1978's Q: Are We Not Men? A: We Are Devo and 1979's Duty Now for the Future, in addition to their one moment of commercial success, "Whip It" from 1980's Freedom of Choice.

Devo member Gerald Casale took to twitter to comment on the loss of his former bandmate, saying:

In praise of Alan Myers, the most incredible drummer I had the privilege to play with for 10 years. Losing him was like losing an arm. RIP!! I begged him not to quit Devo. He could not tolerate being replaced by the Fairlight and autocratic machine music. I agreed. Alan, you were the best - a human metronome and then some. A once in a lifetime find thanks to Bob Mothersbaugh. U were born to drum Devo!

Devo's current drummer Josh Freese, who told SPIN in 2010 that Myers was one of his own major influences, also tweeted, "RIP Alan Myers. 1 of my all time favs. An underrated/brilliant drummer. Such an honor playing his parts w/Devo. Godspeed Human Metronome."

Rest in peace, Alan. You'll be missed. Watch some videos of his time in Devo below...