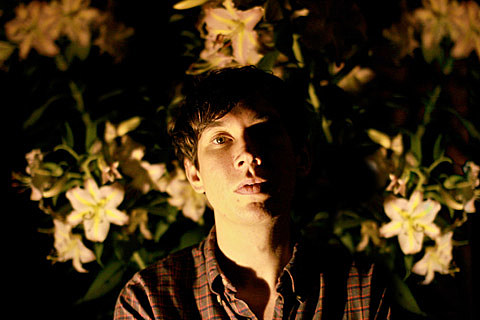 West Coast singer-songwriter Devon Williams is currently touring his new album on Slumberland, Euphoria, and will be in NYC this weekend. He plays Cake Shop on Friday (12/2) and Glasslands on Saturday (12/3).

You may remember Williams from his early '00s band Osker or his stints with Lavender Diamond and Neverever. Euphoria, coproduced by Violens Jorge Elbrecht and Destroyer knob-twiddler Dave Carswell, is eubuliant pop colored with baroque strings and arpeggiated guitars. You can download "Your Sympathy" at the top of this post, and stream a few more tracks at the bottom, including a radical Violens remix of Tower of "Thought."