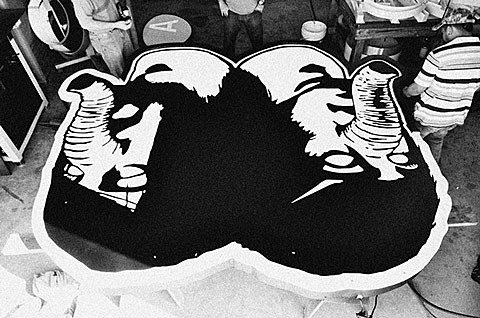 Death from Above 1979 have been semi-active again for a few years now, playing occasional shows. This year they've got the Riot Fest Toronto (September 6 - 7) and Fun Fun Fun Fest (November 7 - 9) on their 2014 schedule. When those dates come around, though, the band will have a new album out, The Physical World, their first in 10 years and only the second one they ever made (due out September 9 via Last Gang). Stay tuned for more details.

No new music to be heard yet, but flash back to 2004 with the video for "Romantic Rights" below...