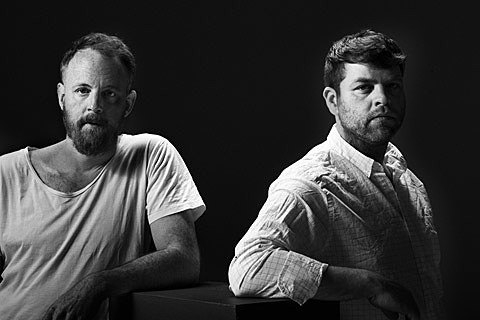 DFA Records threw one helluva party last year to celebrate their 12th Anniversary. This year they're throwing another party, a smaller scale summer soiree if you will (actually, that's what they're calling it), at The Wick on August 23. It will feature the NYC live debut of Pat Mahony's new band, The Museum of Love, plus DJ sets from Sinkane, Nancy Whang, Holy Ghost, plus a "special guest TBA."  Tickets for the show go on sale Monday (8/4) at noon.

In related news, you can catch Sinkane performing live at The Lot LIC Music & Film Series kickoff show which happens Saturday (8/2) afternoon (3 - 9 PM) and is free.

The Juan Maclean, who have a new album out soon and seem suspiciously absent from the DFA party lineup (along with Shit Robot and you-know-who), will be DJing at Output on August 16 as part of the afternoon "Kaviar Disco Club" party (tickets).

Flyer for the DFA Summer Soiree and Sinkane's The Lot show, plus a couple Museum of Love tracks, below... 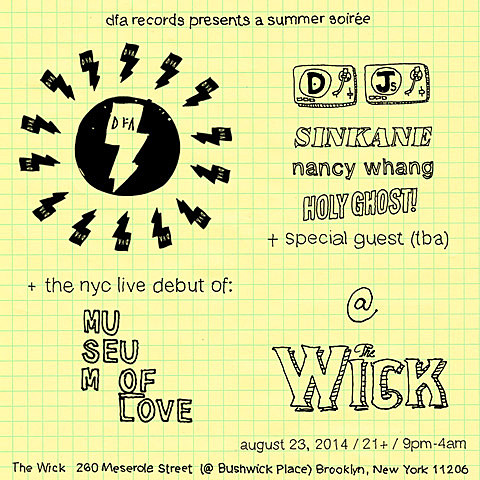 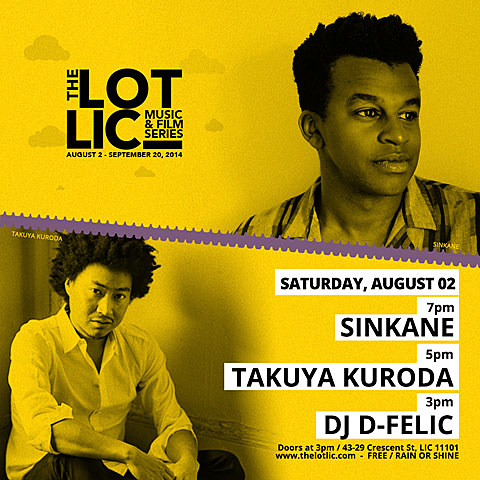