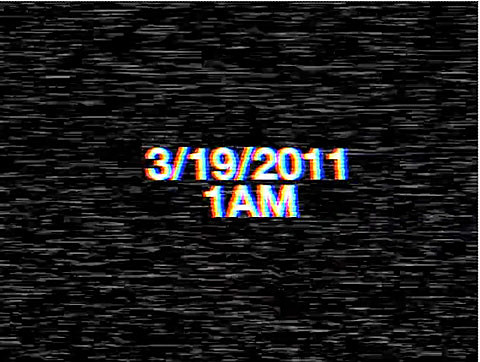 The recently reunited Death from Above 1979 have posted rehearsal footage of "Little Girl" from their LP You're a Woman I'm a Machine. While that's fascinating enough, what's more fascinating is the way that video ends... an all black screen that reads "3/19/2011 1:00AM", a date and time that happens to fall right during SXSW. One question is whether they really mean 3/19 at 1am (Friday night) or actually mean 3/20 at 1am (Saturday night)? They probably mean Saturday night, especially since I doubt they're advertising the MSTRKRFT SXSW show that happens Friday night at the same time. Is DFA1979 cooking up a comeback show for Austin? No concrete answers.

Assuming it is Saturday night at SXSW, and that it is a show, then it's unfortunately at the same time that their old label Vice is having their annual late night party which this year will feature an awesome lineup of Odd Future, OFF!, and Thee Oh Sees. That is, unless it's happening at the Vice party, though nobody I asked at Vice seemed to know anything about it. Vice's party starts at 12 midnight and RSVP is currently open.

Vice's Official showcase goes down two days earlier (3/17) at Club Deville with Davila 666, OFF!, Black Lips, and a special guest headliner who I'm willing to bet is the Raveonettes (who will be in Texas and are signed to Vice). Vice is also involved in the noisey.com show featuring exclusive performances from Bun B and Ariel Pink that goes down in Austin one night later.

All DFA1979 dates, a Vice flyer and the mysterious video, below...

--
LITTLE GIRL REHEARSAL from DEATH FROM ABOVE 1979

HEADQUARTERS from DEATH FROM ABOVE 1979