"Saw Diamond Doves last night, Elvis Perkins' band minus him, they were really amazing. The Band to his Dylan. Somebody put out that record." - Carl Newman 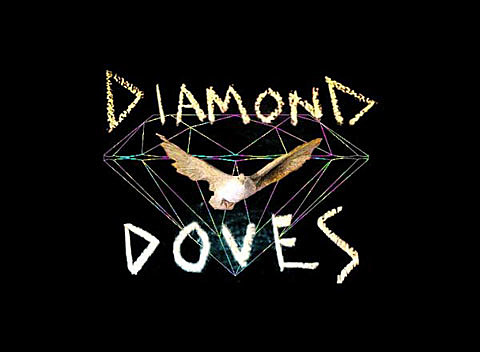 As Bill reminded us this morning, Sondre Lerche plays Coco66 tonight (6/25). The show is both an 826NYC benefit and a Northside Festival gig. And as Bill wrote, "Sondre usually plays MHoW or Bowery Ballroom these days, so to see him in such a small venue will be a treat." Following that logic, seeing Sondre play Mercury Lounge on July 27th will be a treat. He's opening for his friend JBM who will be celebrating a record release at that show. Tickets are still on sale.

Also playing that Mercury Lounge show, first on that bill of three bands, is Diamond Doves who are "Dearland" when they back Elvis Perkins. Members include Little Wolf, Brigham Brough and Nick Kinsey. Diamond Doves played their first show on April 4th in Providence, RI with Deer Tick and Those Darlins and have since opened for themselves (Elvis Perkins) and Phosphorescent.

In related news, Elvis Perkins & Dearland and AA Bondy (who is touring with JBM later this year) will share a Northside Festival bill this Sunday in Newtown Barge Park.