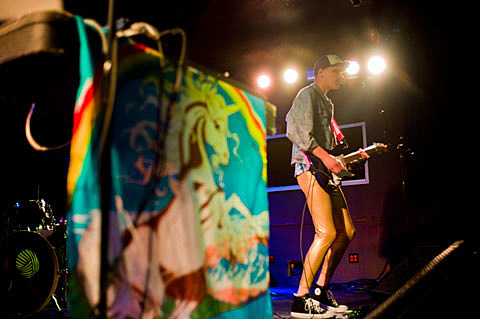 We're used to putting our mp3s on shuffle... why not shows, too? My music ADD came out in full force last Friday. I decided to make full use of my 'sick' day and somehow managed to see a whopping 16 bands (maybe a personal record?). I got my day started early with the Brooklyn Vegan showcase at Public Assembly. With bands playing in the two neighboring rooms, it was all too easy to flit back and forth, which allowed me to catch four bands in under 90 minutes: The Phantom Band, The Luyas, Lower Dens, and Times New Viking. Though I saw only partial sets of the first and last, I made time to see the entirety of my two favorite. The Luyas never cease to charm - even when there are technical problems, and I enjoyed my first encounter with Lower Dens - another one of those notoriously ubiquitous CMJ bands.

Up next, I headed over to the Knitting Factory to take in part of the Distiller showcase. I was glad to learn that I only missed a couple of songs from S. Carey. Sean's soul-warming voice and classical training provided a nice respite from the overwhelming contingency of scuzzier, under-rehearsed bands. After seeing S. Carey open for The Tallest Man on Earth at a recent Webster Hall show, it was nice to see him in a smaller, more intimate setting. He also played a Brooklyn Vegan party at Public Assembly, but on Saturday

Bringing the energy back up was John O'Regan, the glam-man-spectacle behind Diamond Rings. When he had finally assembled his gear, he had time only for an abbreviated set - even for CMJ standards: just four songs - just enough to get the kids dancing. Up next was Shilpa Ray and Her Happy Hookers - a band I had not made note of on my hastily scrawled itinerary. Imagine my surprise when instead of the Southern rock-tinged folk music of Cotton Jones, I was met by a feisty female with a pension for shrieking lyrics about STDs and assaulting the audience with her abrasive stage 'banter.' ("We have a new 7" for sale. Just give me your fucking money because I want it.") Time to hit the bar for some free SoCo. Since the shows were running a bit late, I stayed only for about half of Cotton Jones (a folksier She & Him except the she - Whitney McGraw - is more than just a pretty face).

The Hush Now also played the Knitting Factory show, and Diamond Rings (whose new album is streaming) played a few other shows during the week. If you missed him, he's back December 4th to play Glasslands, and is touring a lot between now and then. All dates with more pictures from the whole Distiller show, below... 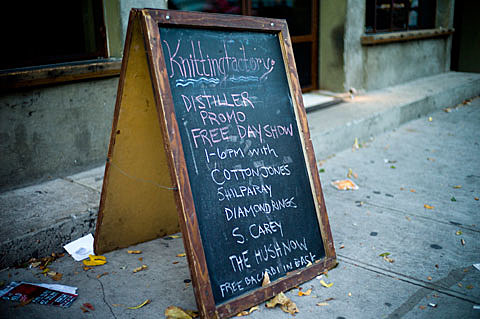 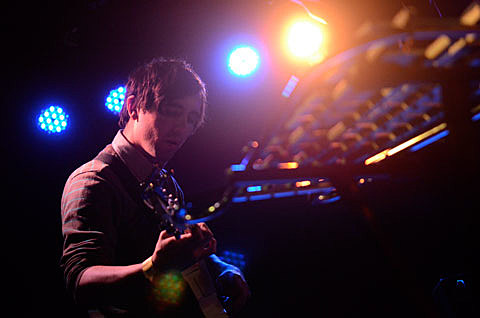 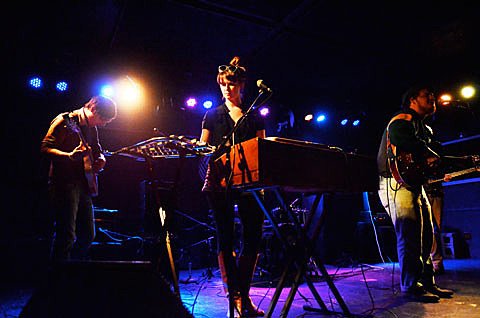 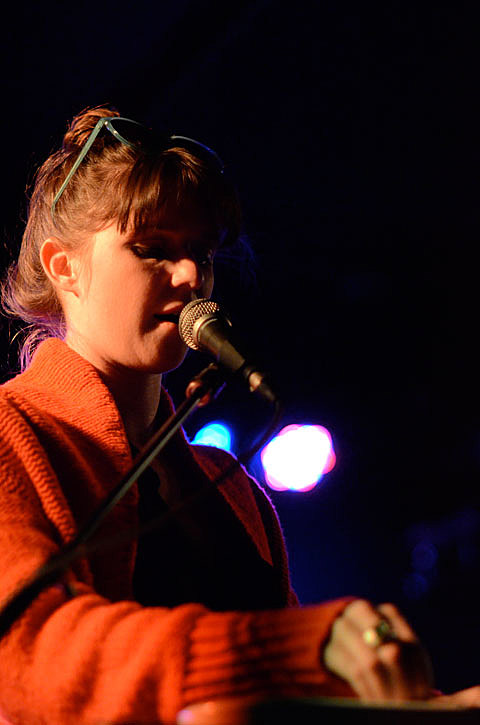 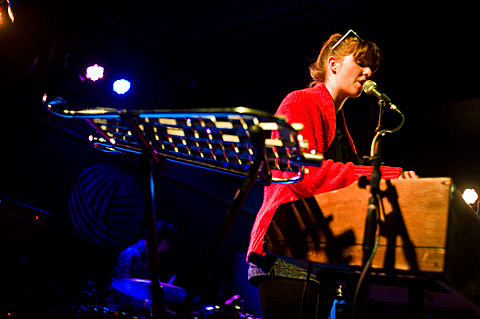 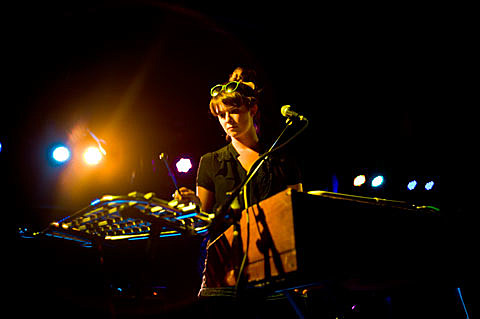 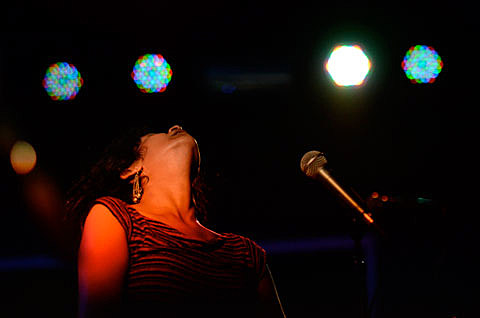 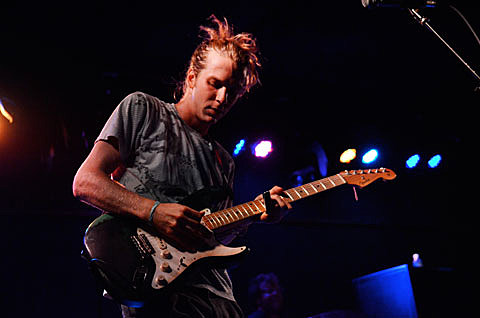 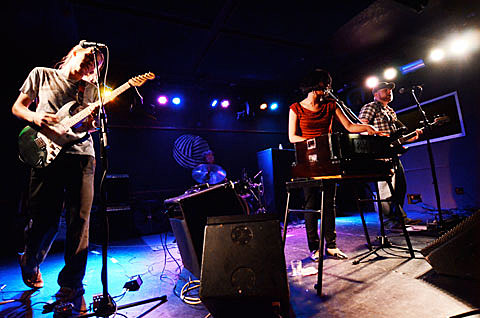 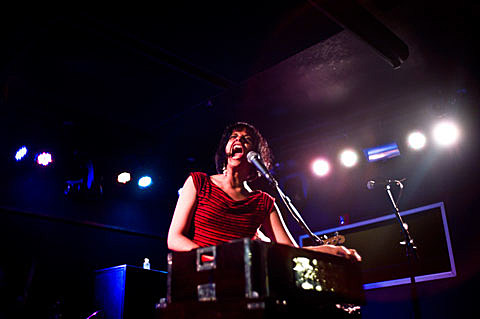 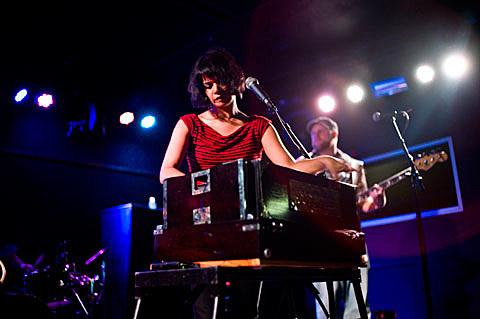 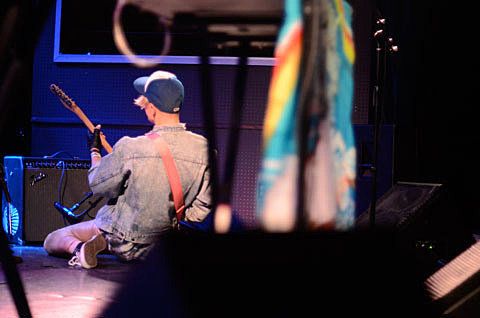 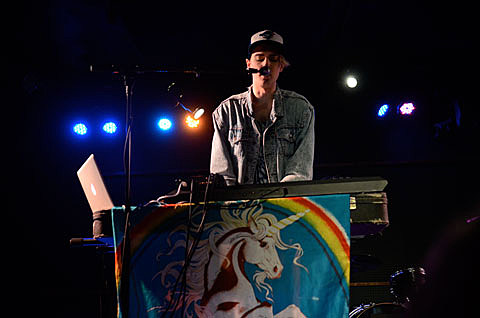 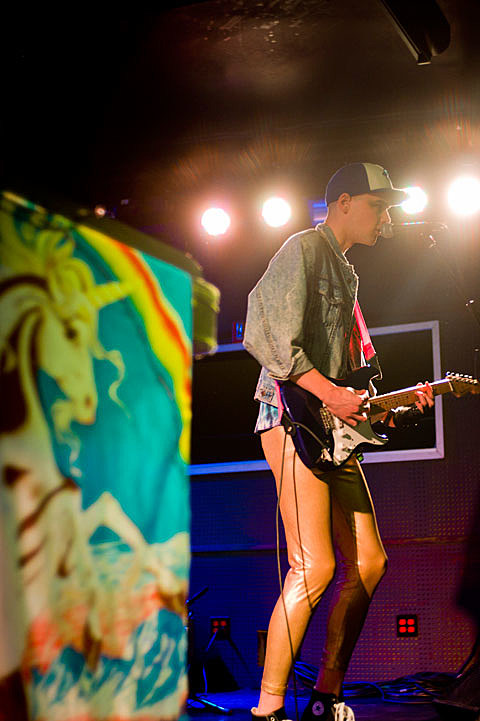 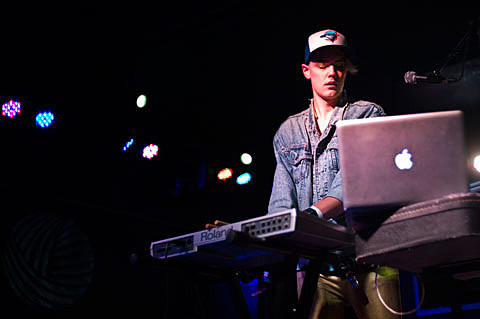 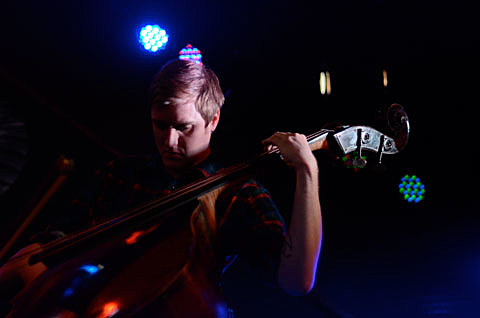 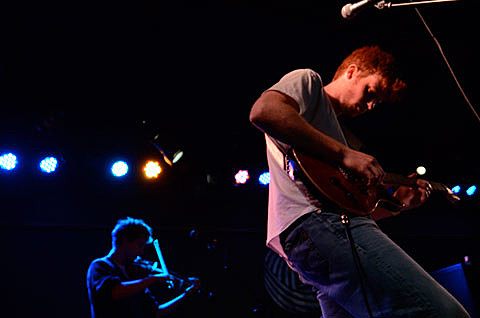 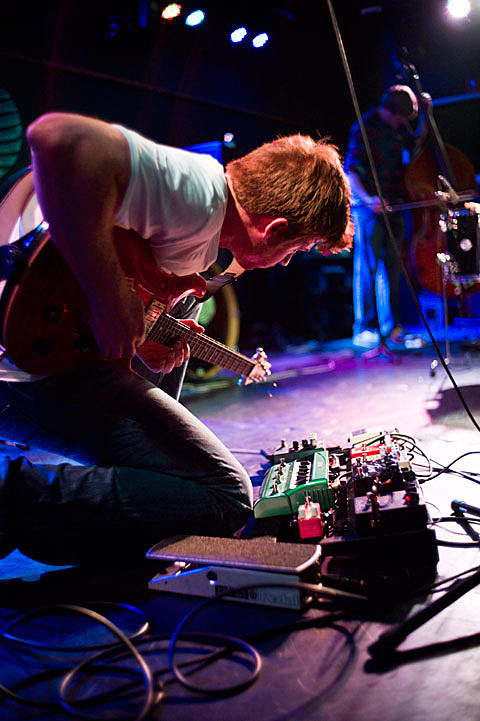 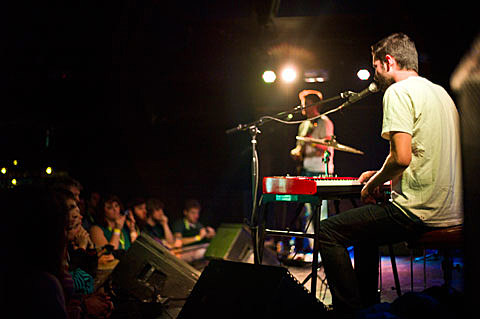 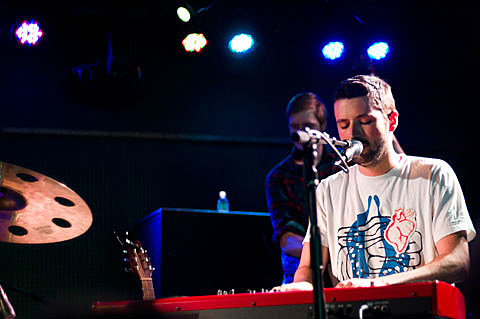 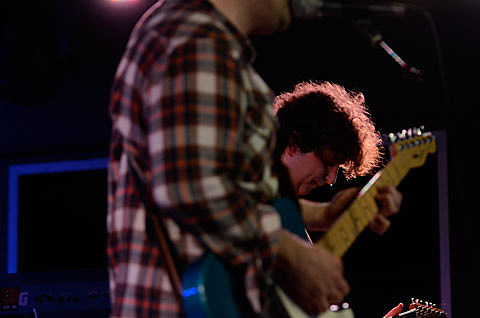 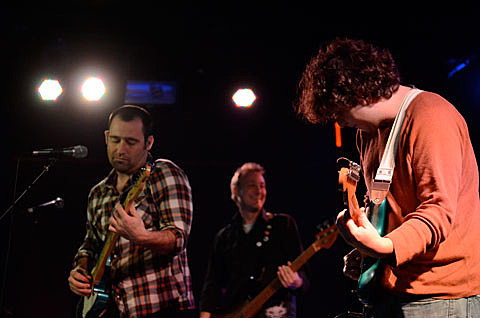 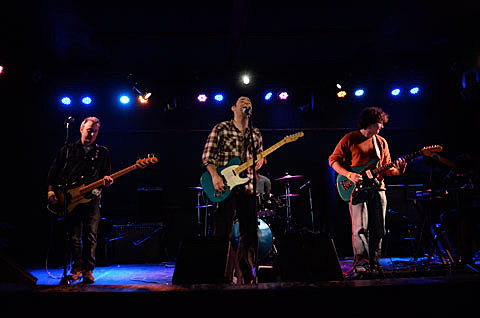 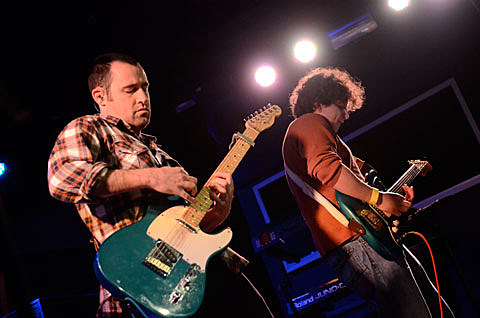 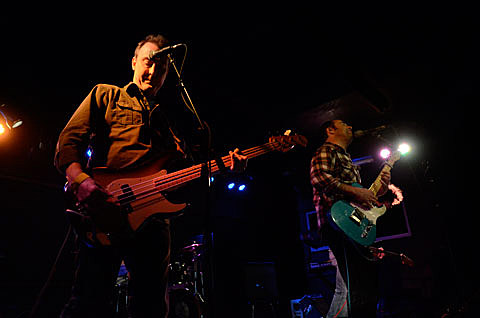