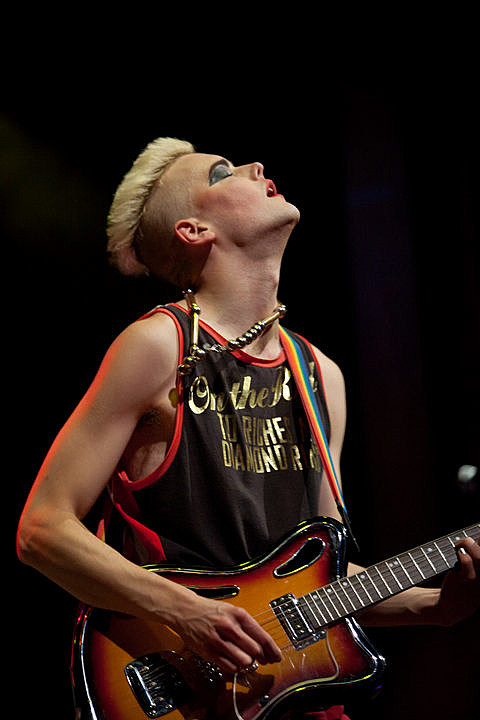 Diamond Rings, the synth pop project of John O'Regan, will release his sophomore LP, Free Dimensional, on October 23 via Secret City. The album was produced by Damian Taylor (Bjork, Austra). You can watch the video for the album's first single, "I'm Just Me" and a teaser video for the album below. A Yelle remix of the single is available in exchange for your email address here.

Like fellow new waver Twin Shadow did on his recently released sophomore LP, Diamond Rings is favoring much bigger and more polished production for this one, and and can definitely no longer be referred to as bedroom pop. That's not necessarily a bad thing though -- check the song out for yourself and let us know what you think.

Diamond Rings will be heading out as a support act for fellow Canadians Stars on their upcoming tour, which hits NYC on September 22 at Webster Hall. Tickets for that show are still available, and they include a download of the new Stars album. California Wives is on the tour as well.

Stars have also just revealed another new track off of their upcoming LP, The North, called "Hold On When You Get Love And Let Go When You Give It" which you can stream below.

That stream, a list of all dates, and the Diamond Rings videos are below...