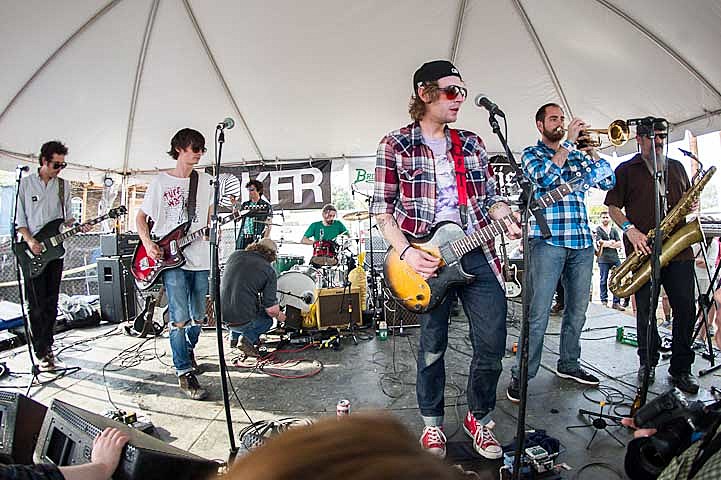 Diamond Rugs, who were set to make their NYC debut at Central Park Summerstage with Alabama Shakes on Sunday, June 24, will now headline their own NYC show even sooner at the Bell House in Brooklyn on Friday, June 22 with Richard Buckner and Roomrunner. Tickets are on sale now.

Diamond Rugs, one of the many bands who played Hotel Vegan at SXSW this year, is a supergroup-of-sorts. To quote ourselves:

Diamond Rugs is its name (Damn I Am On Drugs), and its members include Ian from Black Lips, Hardy from Dead Confederate, Bryan Dufresne from Six Finger Satellite, Steve Berlin of Los Lobos, and John & Robbie from Deer Tick.

Diamond Rugs have no other upcoming shows, but also play Letterman on Monday.

Deer Tick, who recently played Sasquatch and just played Clearwater Fest over the weekend, also play a free outdoor show in Red Hook Park on Thursday (6/21) with Jonny Corndawg who recently played Mercury Lounge with Robert Ellis who opens for Diamond Rugs and Alabama Shakes in Central Park on Sunday.

Roomrunner, who are also on the Bell House bill, just played Cake Shop and will be back in NYC again this summer to open for Dan Deacon and John Maus on Pier 84. Bell House flyer below... 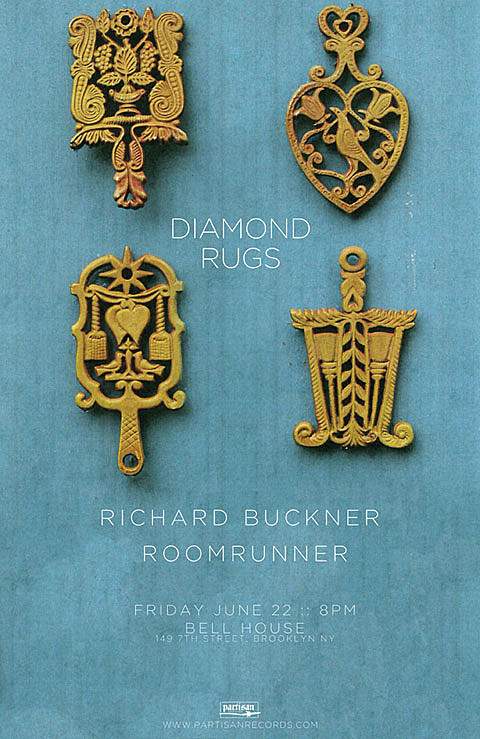