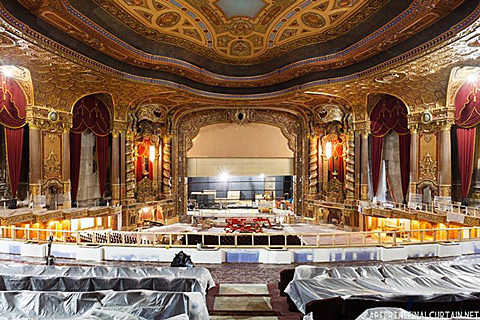 As mentioned, Brooklyn's historic, spectacular Loew's Kings Theater has been undergoing a $94 million renovation to bring it back to it's ornate luster. Word is it'll be ready in January and the legendary Diana Ross will play Kings Theatre on February 3, the inaugural concert. Tickets are on sale now. Kings Theatre says:

We are thrilled to welcome New Yorkers back to this historic space and to launch a new era of presenting live entertainment at the Kings with an opening performance by Diana Ross, one of the great living legends of American music

According to Gothamist, leading up to the Diana Ross concert, Kings will be have free events, open houses and tours of the theatre. Kings Theatre, which was modeled on Versailles, was built in 1929 but closed in 1977.

Diana Ross has a few other live dates on either side of the Kings show, and all are listed below...