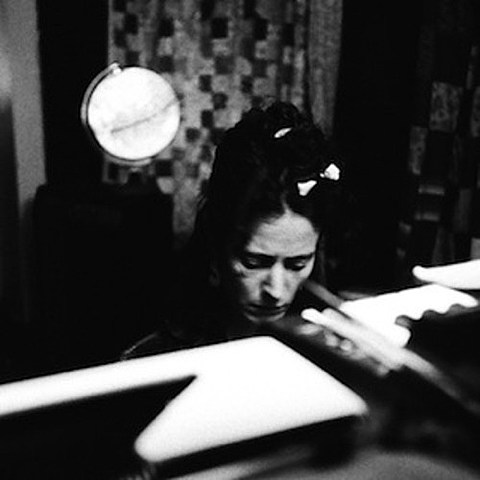 Folk singer Diane Cluck hasn't released an album since 2006's Monarcana, but that will finally change this year with Boneset, which is out March 4 (pre-order) via Important Records, also home to Noveller, Emily Jane White and others. The eight years off from releasing albums hasn't taken a negative toll on her music at all, on the couple songs we've heard from the new album, Diane sounds as inspired as ever. If anything, the new songs are more delicate and melodic than her past couple releases which leaned more towards the freak folk scene which was still a big thing at the time. The songs are still raw and somber though, a far cry from the kinds of post-Mumford bands that get tagged as "indie folk," more in line with the excellent albums we've already gotten (or are soon to get) this year from Marissa Nadler, Angel Olsen, Hiss Golden Messenger, and Sun Kil Moon.

The record's newest single, "Heartloose," makes its premiere in this post, and you can stream that, along with the first single, "Sara," below.

Diane will also be touring surrounding the release, and that tour includes a NYC show happening on March 27 at Rockwood Music Hall. Tickets for that show are on sale now.

All dates are listed, along with both streams, below...