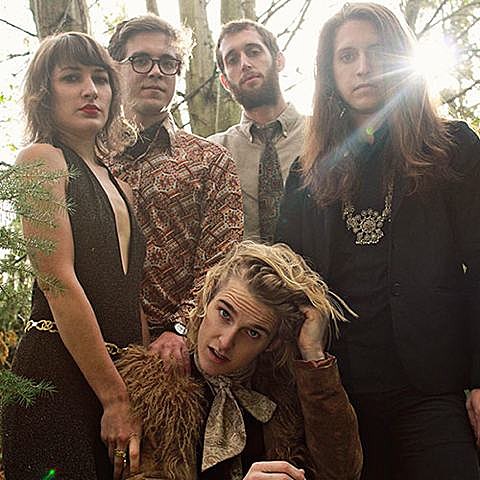 How was your New Year's? Do you even remember? Chances are it wasn't as bad as the one the two guys in Diane Coffee's new video had. "New Year's" features two would-be gas station robbers whose NYE job goes horribly wrong. Not as horribly (or violently) wrong as in, say, Reservoir Dogs, but it definitely does not go well. Tighe Boudreaux Kellner wrote, directed and co-starred (with his brother Jess) in this short that's pretty entertaining. The video makes its debut in this post and you can watch it below.

The song is from Diane Coffee's debut album, My Friend Fish, which came out last year on Western Vinyl. Diane Coffee, which is basically the solo project of Foxygen's Shaun Fleming, are playing NYC later this month, opening for Gardens & Villa at Music Hall of Williamsburg on February 25. Tickets are on sale now. Fleming and the rest of his band will also be in Austin next month for SXSW so look for them there if you're going.