Diarrhea Planet in Chicago in May (more by Jeff Ryan) 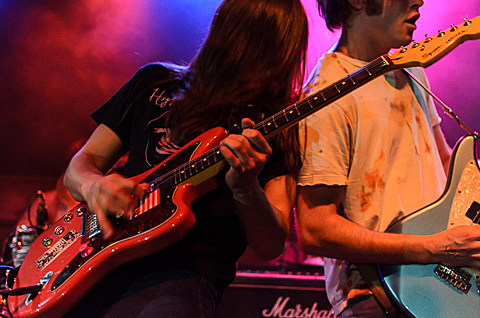 Two bands that Titus Andronicus frontman Patrick Stickles is very fond of, Diarrhea Planet and The So So Glos, are teaming up for a NYC show on August 30 at Mercury Lounge. Tickets for that show go on sale Friday (6/28) at noon.

Diarrhea Planet are set to release their new album, I'm RIch Beyond Your WIldest Dreams, on August 20 via Infinity Cat. You can check out two garage-rockin' cuts from that album, "Separations" and "Kids," below. They also have a bunch of tour dates with Futurebirds before the Mercury Lounge show, all of which are listed below.

Meanwhile, as usual, you can catch The So So Glos in their hometown of NYC even sooner than that show. They've been added as an opener to the previously discussed Bass Drum of Death show happening at Glasslands on July 9 as part of BDOD's tour that also hits Shea Stadium a day earlier (where members of So So Glos work). The Glasslands show is also with Baked, and tickets for that show are still available.

All Diarrhea Planet and So So Glos dates are listed, along with those DP streams, below... 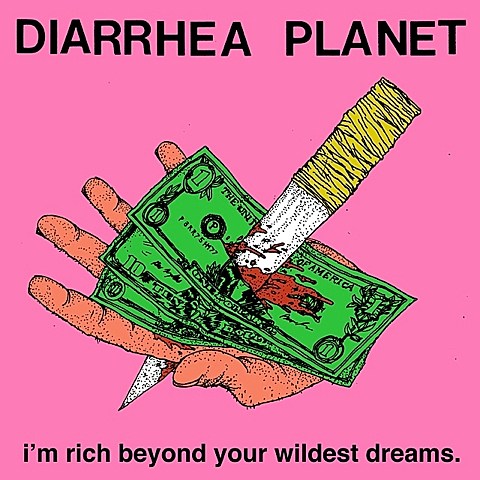