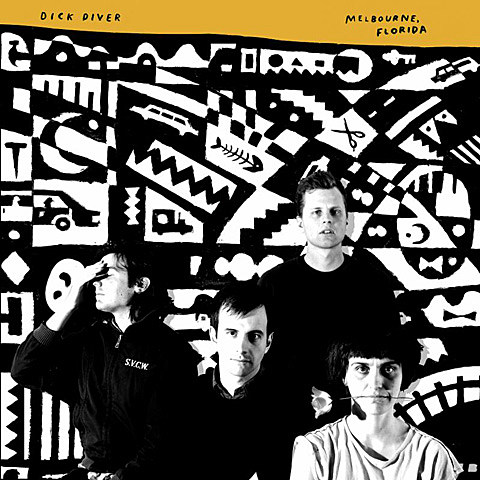 Melbourne, Australia's Dick Diver will soon be back with a new album, Melbourne, Florida, which will be out in March via Trouble in Mind/Chapter Music. It'll be their first album to be released in the U.S. Like 2013's Calendar Days, the new one was recorded by Mikey Young of Total Control (which DD's bassist, Al Montfort, is also in). While there is still jangly guitar pop a la The Go-Betweens on the new album, Dick Diver explore new territory and instrumentation here. It's a more ambitious record, but keeps great songwriting at its core. You can stream the new LP's opening cut, "Waste the Alphabet," below.

Dick Diver were in the U.S. in September, where they played a couple NYC shows (I distinctly remember them playing "Waste the Alphabet" at Death by Audio) and let's hope they return when the album comes out. Meanwhile check out the new song and the album tracklist below.