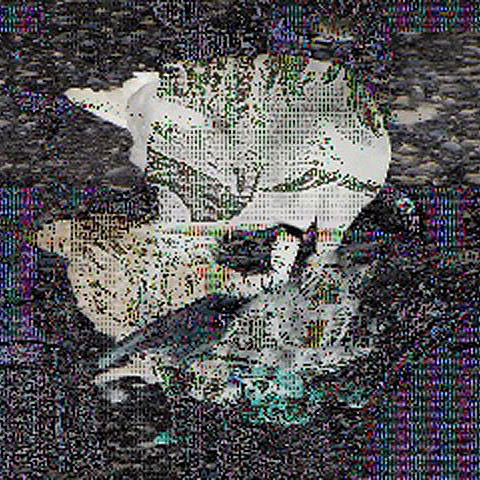 You might not want to buy your ticket to June 13th at Music Hall of Williamsburg just yet. As BV Chicago pointed out, Death Grips posted the following short message to Facebook yesterday:

"we are dropping out to complete our next album NO LOVE. see you when it's done. (there are no longer any scheduled shows)"

The band, who played Coachella in April, have dates scheduled starting tonight in their hometown of Sacramento up until 6/21 in Minneapolis. They're also supposed to play ATP in NJ in September. Promoters we talked to found out about the alleged tour cancellation via the Facebook message too, and have yet to confirm if it's real. The Sacramento Electronic Music Fest, where they're supposed to play tonight, doesn't have any cancellation message on their website.

" I'm not massively angry at this. I'm totally crestfallen though. I wish there was a bit more info about. I've rang ticket vendors and venues and no one seems to know a thing. Also if this actually is the true then a sorry in the post would've just been common courtesy. Wow, reading this back I can see how hilariously British this all sounds!"

Dudes need to shape the fuck up. I love Zach Hill as a musician... but as a person the dude has got to fucking get his shit together if he wants to not have this all go way over his head. I mean, the dude has been touring all across the world for years... finally gets a solid project going since Hella with some guys and then they cancel a tour for like their third time? Then people start coming out about how the individual members are (which I know the truth about Zach Hill, always have, seen facts of his shit) and it's all starting to add up that either these dudes don't give a shit in the worst way possible, or they're full of themselves in the worst way possible.

Either way, the music remains great, but fuck them and their shady bullshit.

The way certain people on here are reacting to this is wayyy out of context in terms of the way these guys work... If any of you could grasp a single second's substance of their message that they portray in their music well then you would comprehend that following the ordinary model for a musician to tour once an album is released is THE last thing this group is concerned with. Instead they are offering TWO full blown pieces of work which would give you 3 releases to listen to from a group, who would be, at that time only two years into their formation. Yeah sure that doesn't mean what they did was all dandy and fine and everyone should be smiling about it but if you sat on this comment box and pulled out a "OMG YU GUYZ CANT DO DISSS" or a "WUZ IT LA RIED DAT SAID U CUDNT COME OUT 2 PLAYYYY??" - well then you don't understand that this group probably cares more about finishing off that album that they promised EVERYONE they would release under a major label, than all of our shitty little opinions, including mine......YO WHO THE FUCK AM I KIDDING THO, FLATLANDER THE FUCK U PLAYING U AT SON? ZACH...THE FUCK U PLAYING AT SON? RIDE.....WHY THE FUCK IS YOU TOO BUSY TRIMMING DAT BEARD TO PLAY A SHIT LITTLE SET FOR US SON?

Death Grips previously announced their plans to release two albums on Epic, including the great Money Store which was released on 4/24.