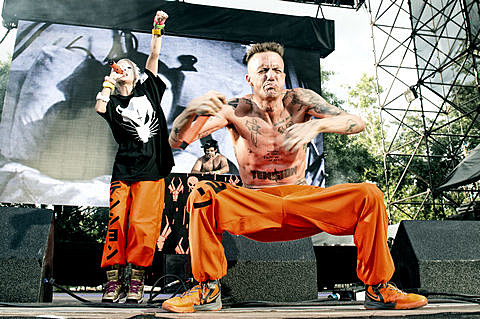 This past Tuesday's Die Antwoord show in NYC was cancelled due to illness, but since we last spoke a new date was announced. The group will now play NYC on September 8 at Irving Plaza. All tickets purchased for the 6/10 show will be honored, and refunds are available at point of purchase. Updated dates are listed below.

In related news, Die Antwoord teamed up again with filmmaker harmony Korine (Gummo, Spring Breakers) to soundtrack the new commercial he made for the Dior Addict fragrance. Their contribution is a remix of their song "Enter the Ninja." You can watch the video, with the list of dates, below...