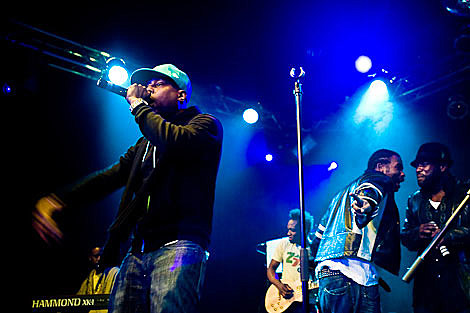 In a bit of shuffling, Digable Planets have cancelled their tour with Common Market and Dujeous. According to a post at Hyena Records, "there were 'irreconcilable differences' in Digable Planet's camp, so they've pulled the plug on the entire tour." That includes the show that was supposed to happen at Highline Ballroom in NYC tonight, April 1st (no foolin).

In their place will be The Roots. The Roots were supposed to play yesterday (3/31), but they postponed it to today (4/1 @ 11PM). Ticekts are now back on sale, and still available for many of the other upcoming residency dates.