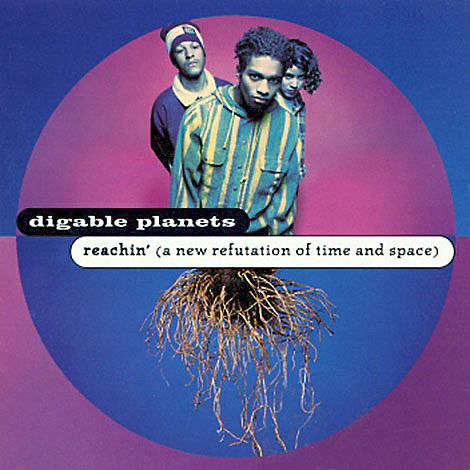 Nineties era hip hop group Digable Planets are reforming for their first show in a while, playing Seattle's Neptune Theatre on December 30, as noted by Consequence of Sound and confirmed by fellow member Ladybug. Shabazz Palaces, which features DP's Ishmael "Butterfly" Butler, play Neptune on New Year's Eve. Tickets for both those shows go on sale Thursday at 10 AM Pacific.

The trio -- Butler, Mary Ann "Ladybug Mecca" Vieira and Craig "Doodlebug" Irving -- broke up in 1995 but reformed in 2005 and played shows (some without Ladybug) through 2011. Ladybug also noted that the Neptune show was a "one time thing with potential for more." Stay tuned.

Shabazz Palaces released Lese Majesty in 2014. You can stream both of Digable Planets' albums -- 1993's Reachin' (A New Refutation of Time and Space) and 1994's Blowout Comb -- via Spotify below.