DIIV at Webster Hall in 2012 (more by Dan Bracaglia) 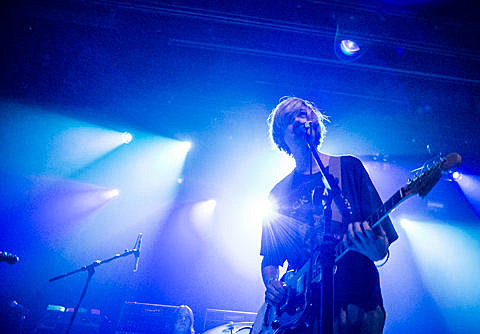 As mentioned, Trent Reznor is taking his band, How to destroy angels_, on tour this year and hitting the NYC area on April 28 at Wellmont Theatre and April 29 at Apollo Theatre. The band have now announced that support on the tour will come from DIIV, as Pitchfork reports. The Apollo show is sold out but tickets for the Wellmont Theatre show are still available. This tour happens right around the time another current indie pop band tours with '90s alt rockers.

All dates are listed, along with a DIIV video, below...