photo: DIIV at Irving Plaza in 2015 (more by Greg Cristman) 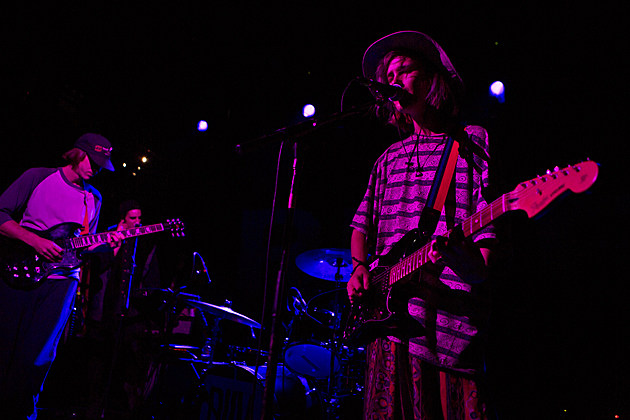 DIIV, who just released a new album, have just shared an acoustic cover of Elliott Smith's "Ballad of Big Nothing" which they recorded for HERO magazine's HERO sessions series. Zachary Cole Smith also mentions that his girlfriend Sky Ferreira gave him a guitar that Elliott Smith once owned as a gift. Watch the video, along with an older video of Zachary and Sky playing Elliott's "A Distorted Reality is Now a Necessity to be Free" at an Elliott Smith tribute show back in 2013, below.

The band's sold-out Market Hotel shows are coming up soon, and DIIV just announced a proper tour for the rest of North America that will happen in May and June. All dates are listed below...