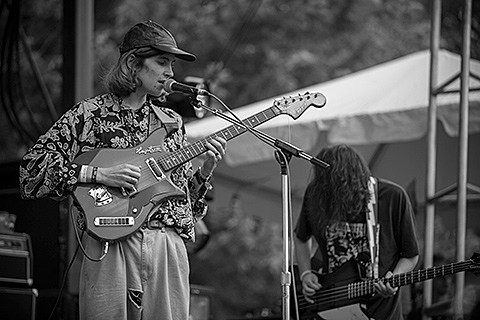 DIIV will be playing a few shows around the country in October while they still work on their second album. Those include a CMJ show at Brooklyn Night Bazaar on October 21. The rest of the line-up for that Tuesday show is still TBA. BK Bazaar shows are usually free, but this one's a paid show and tickets go on sale today (9/5) at noon.

Other dates include The Growlers' third-annual Beach Goth Festival in Santa Ana, CA with Joyce Manor, La Femme, GZA and loads more (and hosted by Pauly Shore!) and others. All DIIV dates are listed below.