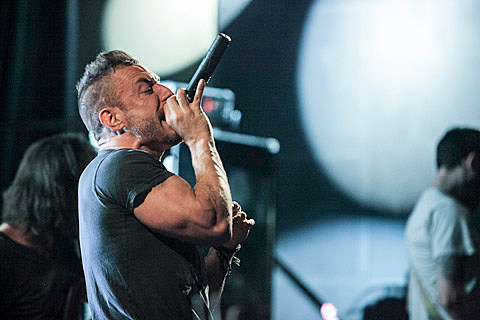 The Dillinger Escape Plan recently went on a short US tour (co-presented by BrooklynVegan) that hit NYC at Irving Plaza. They're headed to Europe in August, but before that will play a smaller one-off in NYC on August 3 at Saint Vitus. Opening will be White Widows Pact, Moon Tooth and Lyken21. Tickets are on sale now.