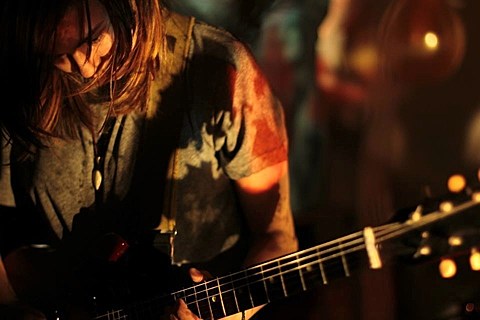 Toronto's Dilly Dally is the project of Katie Monks (sister of Tokyo Police Club singer David Monks), and while her brother's been making shiny Strokes-y indie pop for the last six years, Katie is more interested in scrappier rock. Her voice can sometimes sound like a female Hamilton Leithauser, and other times like Patti Smith, but musically it's grungy indie rock. She doesn't have an album out yet, but she's got two tracks co-produced by Josh Korody (of Beliefs and Wish) and Leon Taheny, both of whom worked on the last Fucked Up album and otherwise have a pretty good resume in the Toronto scene (Josh worked with Greys, Leon with Austra, etc). It's good stuff. Check out both tracks for yourself, below.

Dilly Dally's only upcoming show at the moment is opening the Toronto stop of the Joyce Manor tour, but hopefully more dates (and hopefully NYC) will be announced soon. Stay tuned.