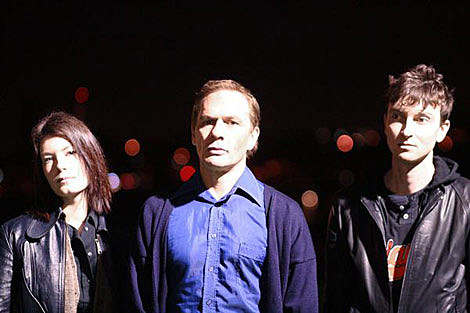 Most people (well, ones reading this blog) know that New Zealand indie rock icons The Clean are in town this weekend, playing tonight at Le Poisson Rougue as part of the enormous Chris Knox benefit, and then tomorrow at the Bell House (both sold out). But what seems to have slipped under the radar is that another Flying Nun band are here as well: Dimmer. It may be because, though forming in the mid-90s, the band didn't release an album until 2001 (on Sony). They then released another three years after that on Flying Nun, a bit past Flying Nun's heyday, but they've got a long pedigree with the label. Dimmer is fronted by Shayne Carter who used to lead the mighty Straightjacket Fits, whose first two albums, 1988's Hail and 1991's Melt are both Flying Nun classics.

While still including the indie guitar heroics of Straitjacket Fits, Dimmer are a groovier affair. At times almost funky.  After one album on Sony and two back on Flying Nun, Dimmer's guitar-heavy fourth album, Degrees of Existence, was self-released last year.  You can listen to it (and buy it) at their Bandcamp site.   There are a couple cool videos at the bottom of this post too.

Though both shows with The Clean are sold out, Dimmer also play Knitting Factory on Sunday (5/8) with Starcrossed Signs, Milk And Blood, and John Reagan.

Their tour dates also list a Saturday show at Bruar Falls, but Bruar Falls doesn't list it. They're hosting the Prince event that night instead. 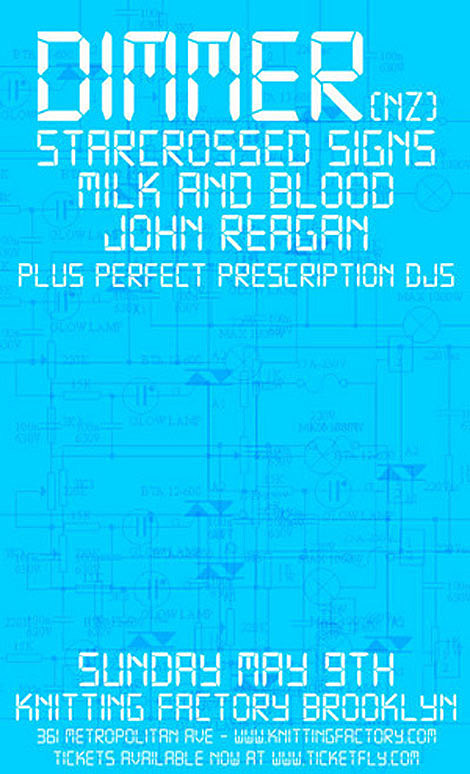