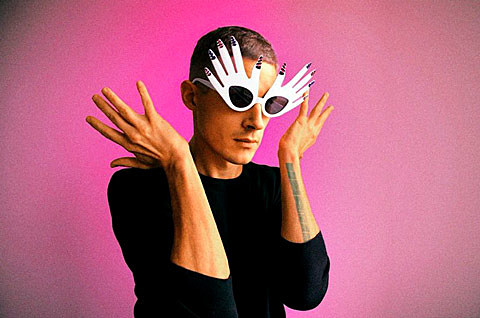 Danish-born artist Anders Rhedin has worked in Berlin and currently resides in Los Angeles. He makes music under the name Dinner and has released two EPs so far -- Girl and You Are Like LA -- and recently signed to Captured Tracks. What does Dinner sound like? Rhedin says:

like a sun-bleached cassette tape you'd find stuck behind your car's dashboard - that was last played at a party in Dusseldorf in 1984 - full of echoes of sweaty depressions, spiritual longings, and early-morning trances.

More specifically it's kinda lo-fi Europop with goth leanings. If you said some of it sounds like novelty rock, I might not disagree. Decide for yourself: stream his two EPs via Spotify and there are a few song streams and videos below.

You can also see for yourself as Dinner will be in NYC this month for a couple shows, including Body Actualized Center on Sept 19 (lineup TBA) and Baby's All Right on Sept 22 with Jerry Paper, Mister Small and headliners Courtship Ritual (who recently released their own debut album on fellow Brooklyn label Godmode). Tickets for the Baby's show are on sale now.

Dinner has a few other shows lined up, both in North America and Europe, and all dates are listed, along with song streams, videos and Baby's All Right flyer, below... 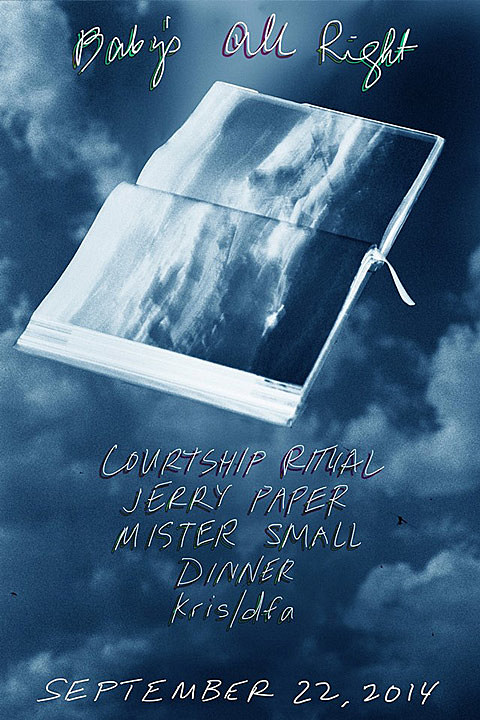