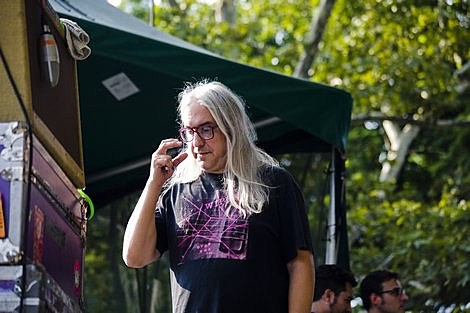 J Mascis of Dinosaur Jr's Best of 2009 (via)
Carlton Melton, Pass It On
Bill Callahan, Sometimes I Wish We Were an Eagle
Wooden Shjips, Dos
Kurt Vile, Childish Prodigy
The Duchess and the Duke, Sunset/Sunrise
Sonic Youth, The Eternal
MV/EE, Barn Nova
Hush Arbors, Yankee Reality
Pink Mountaintops, Outside Love
Built to Spill, There is No Enemy

Tickets are sold out for Dinosaur Jr's January 16th and 17th NYC shows at Bowery Ballroom and MHOW. The brief tour (which also hits Connecticut, Ithaca and Canada) has expanded to include another NYC show on January 18th at Brooklyn Bowl. Tickets go on sale Friday, January 8th at noon.

In February and March, the band will play shows in Spain and Australia. Those dates and recent interview clips (including more of J's record picks) are below...