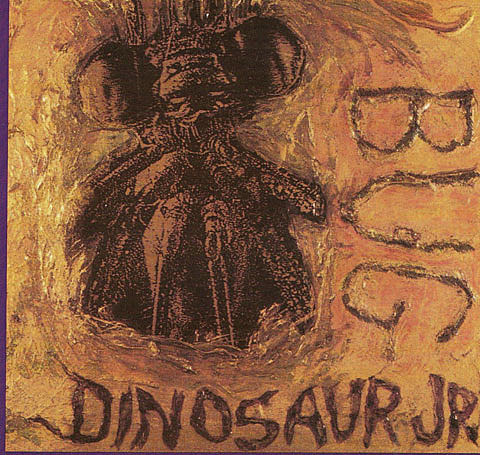 Following J Mascis's current solo tour, Dinosaur Jr will hit the road for a select group of East Coast dates in June. These won't be your average Dinosaur Jr. shows though, because.... like they're doing for ATP in London in June, the band will perform Bug in its entirety. PLUS, Off! will open every show AND Henry Rollins will interview Dinosaur Jr. live at every show (Keith Morris and Henry Rollins both on the bill), AND at the NYC show which is happening June 23rd at Terminal 5, Fucked Up will also play an opening set.

Tickets for the four dates Off! are playing are currently on fan presale, and tickets go on regular sale on 4/8. Oh, and the short tour kicks off on June 21st at Calvin Theatre in Northampton, MA where Thurston Moore is also playing (but Off! is not). Proceeds from that first show will benefit Whole Children.

In related news, J Mascis recenly played a BV Day Party at Swan Dive followed by two NYC shows (he was also interviewed by Ted Leo), and Mike Hill of Tombs interviewed Henry Rollins for this website. Off! was just in town with Trash Talk and played Santos Party House.