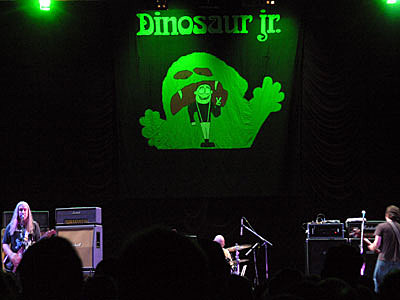 When Dinosaur Jr. announced that they were reuniting and playing a show at Central Park Summerstage in 2005, many (myself included) didn't think twice about coming up with the $50 needed for a single ticket. What we didn't know then was that J Mascis, Lou Barlow and Murph would keep that reunion going strong. Not only did they release new albums in 2007 and 2009 ("Farm" is due out June 23), but they played a zillion more live shows in NYC and elsewhere since 2005, and will probably play a zillion more including the upcoming (and now sold out) show at Music Hall of Williamsburg on June 25th (ticket price = $25), AND including August 16th, 2009 at Central Park Summerstage (the show previously marked "TBA" on the schedule), but this time the show is FREE.