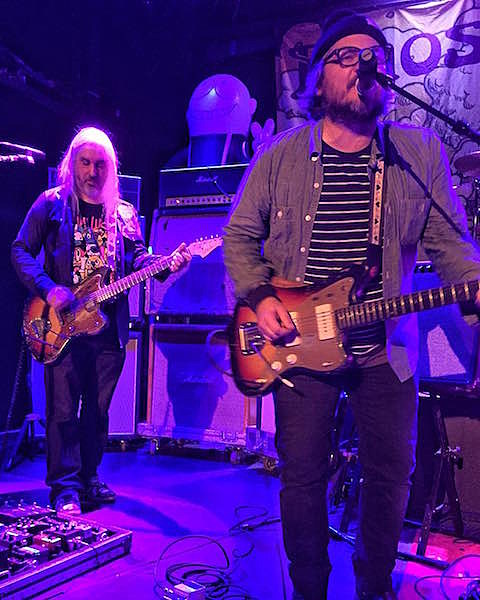 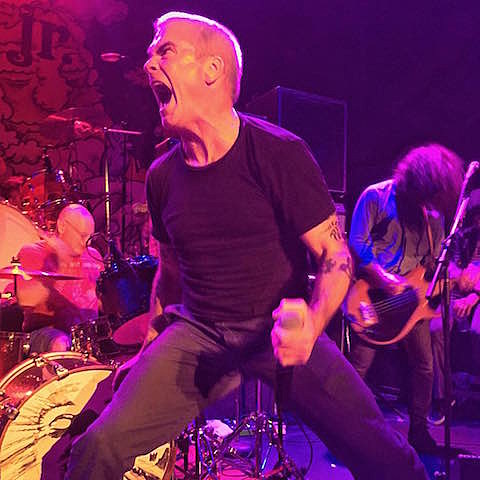 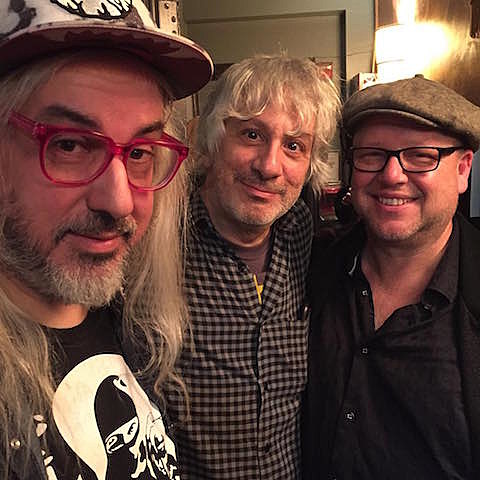 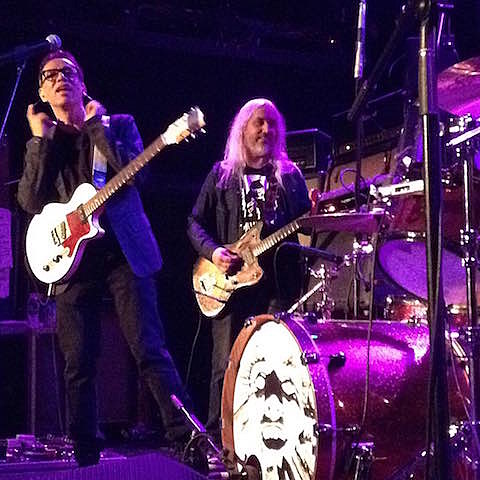 Dinosaur Jr. are now at the midway point of their seven-show, 30th anniversary run at Bowery Ballroom where they're playing their 1985 debut album in full. Like Thursday's kickoff show, Friday and Saturday night featured loads of special guests in the second sets.

Friday (12/4) actually had a special guest during the Dinosaur set -- Frank Black came out to sing "Gargoyle." During the second set, Lee Ranaldo came out for "Little Furry Things." Then they brought out Scott Helland, making for a reunion of Deep Wound, Lou Barlow and J Mascis' early-'80s hardcore band, playing their song "Training Ground." Later, Fred Armisen appeared for a cover of "Hey Policeman," by Fred's alter ego, Ian Rubbish. Armisen also played on "The Lung" and "Feel the Pain," and then returned for the encore of Neil Young's "Cortez the Killer."

Saturday night (12/5) was even more guest-filled. They brought out Valerie June for "Watch the Corners" and "Feel the Pain" and then it was Jeff Tweedy for "Get Me" and "Tar Pit." Still more: Jesse Malin joined the band for a cover of The Stooges' "TV Eye," and then Charles Bradley was brought out for a cover of Neil Young's "Heart of Gold." Henry Rollins, who introduced the band on Thursday and Friday (and Sunday), came out for "Don't." Then Tweedy and Malin returned for "Cortez the Killer."

The fourth Bowery show happens tonight. Who will guest? Setlists from both Friday and Saturday's Dinosaur Jr shows, plus more Instagrams and videos, below...

Another one from the #DinosaurJr show at #BoweryBallroom last night! In addition to Fred Armisen, special guests included Henry Rollins, Frank Black, and Lee Ranaldo (pictured).

I took a photo of Lee Ranaldo taking a photo of J Mascis. #meta #dino30

Great people to be with on my birthday. Murph and J. (Not in the photo: Lou Barlow) Also, lucky that I remembered to bring my ear plugs to sound check. @dinosaurjr

Took forever to get one where you could see his face! #loubarlow #dinosaurjr #dino30

#henryrollins shows he is still one of the greats with @dinosaurjr @loubarlow @jmascis at @boweryballroom He spent most of the night on the second level of the theater perched high above the stage like Warldorf and Statler at the Muppet Show. At 72 he could probably still kick my ass. #boweryballroom #nyc #indie #dinosaurjr #30years