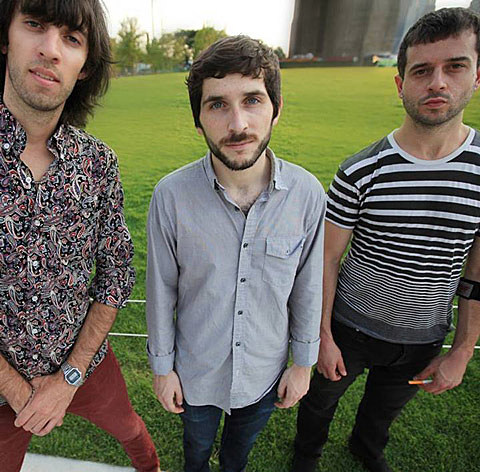 Brooklyn's Dinowalrus are a restless, ever-morphing entity, having shed a couple different sonic skins in the course of their existence. They began as noisy anti-pop, toyed with Madchester/acid house, and for their forthcoming Complexion (out June 3) there's a definite Big '80s feel, complete with funky guitars, widescreen choruses, and even a little sax. Some of that may come courtesy Violens' Jorge Elbrecht who specializes in such sounds and mixed the album. We've got the premiere of the driving "Tropical Depression" which is fueled by a propulsive rhythm section (shades of the Bunnymen there) and an anthemic chorus. You can stream it and another track off the album below.

Dinowalrus will celebrate Complexion's release with a show at Mercury Lounge on June 8 with Visuals, Zula‌, and Sunflower Bean on the bill as well. Tickets for that show are on sale.